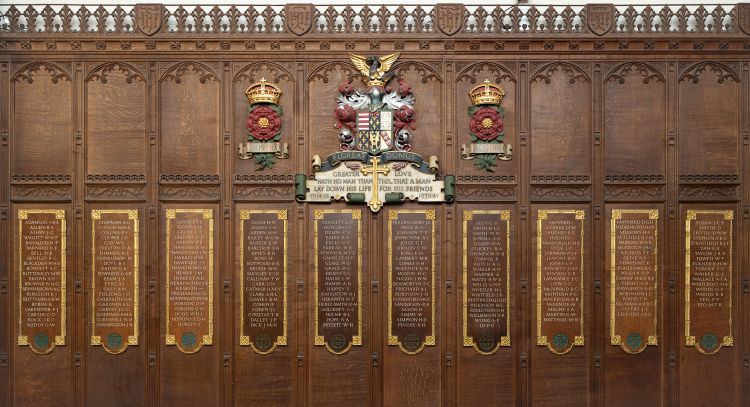 The memorial for the Great War (central four panels) was designed by Cecil Greenwood Hare, architect, and appears to have been completed by June 1922. The memorial for World War II (outer six panels) was dedicated in June 1952. Both had been financed by subscription amongst members of the College.

In both cases, the subscriptions raised more money than that required for the memorial tablets alone. The Great War memorial subscriptions also funded a new scholarship. The World War II subscriptions also supported the (much greater) cost of conversion of the space which had previously been the Old Chapel into a student library, subsequently known as the War Memorial Library.