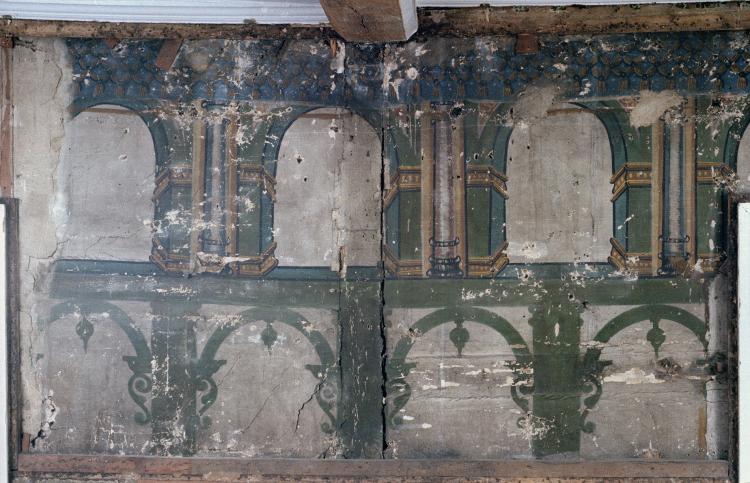 In a few rooms in old buildings of the college, traces remain of ancient wall decorations, usually preserved under layers of later panelling.

This photographs shows the north wall of room G4 in Walnut-Tree Building. The building was erected in 1616–19. We do not have any evidence to counter the assumption that these wall paintings date from that period. 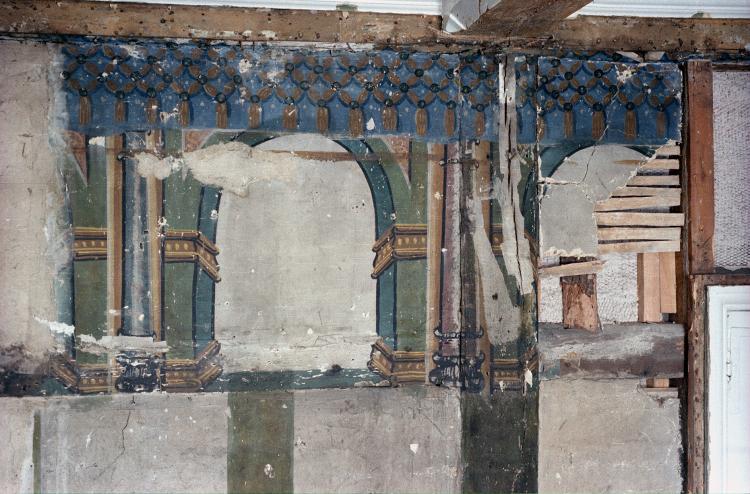 The second photograph shows the south wall of room G4 in Walnut-Tree Building. 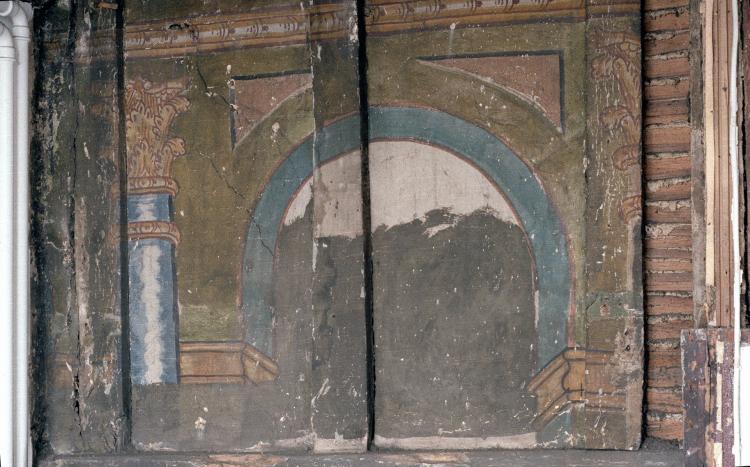 The third photograph shows a corner of the same room G4, where the original arches and columns have not been over-painted by the blue border visible in the photographs above. 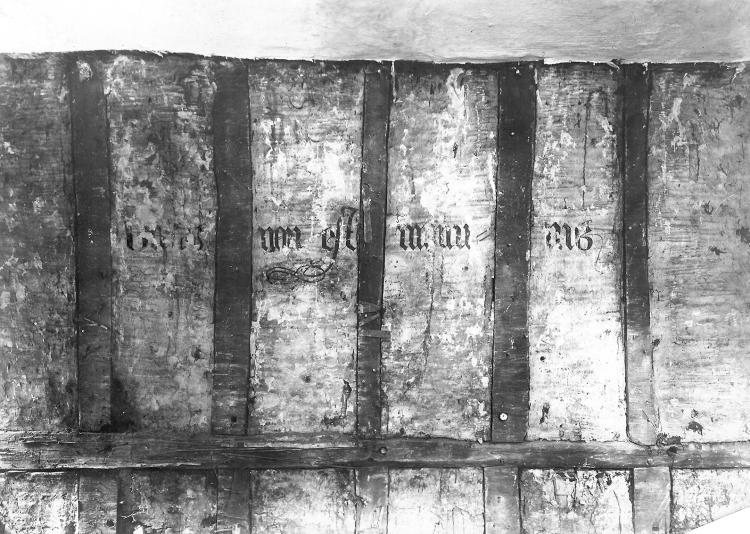 In the bedroom of room A1, Old Court, in 1910, a batten-and-canvas wall finish was taken down to reveal this inscription behind on the raw plaster.

The wall (separating A1 bedroom from B2 bedroom) is ancient, but not original, as the studwork is too irregular and crude to be original: it must have an early extra internal partition.

The sense of the phrase is: Virtue does not shirk its duty.

The inscription was destroyed after the photograph was taken. 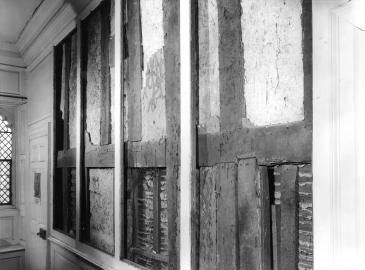 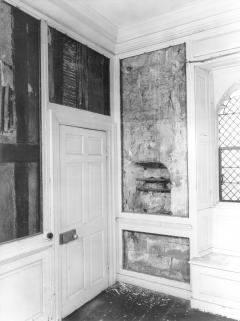 These decorations were discovered behind 18th century panelling in 1972. They were photographed, then demounted and sent away for conservation. They never returned. 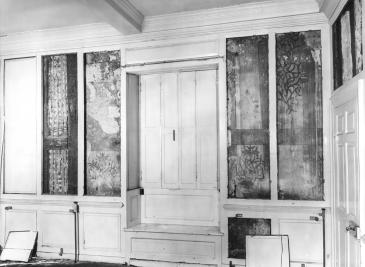 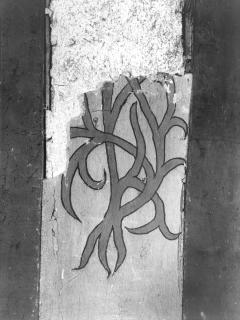 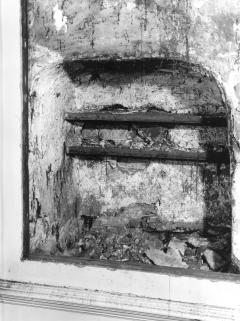 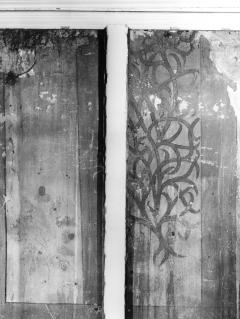 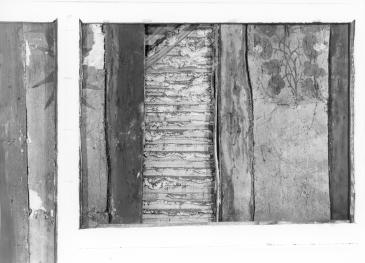 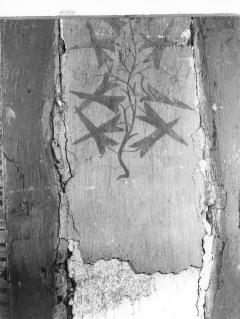 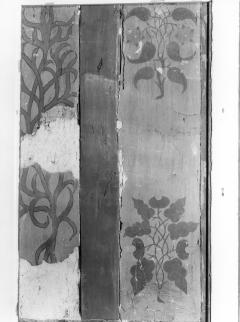 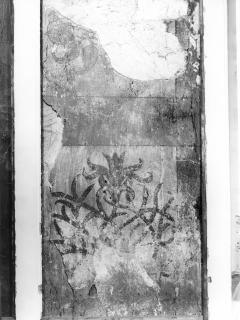 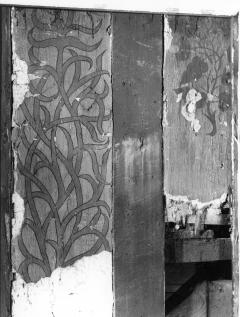 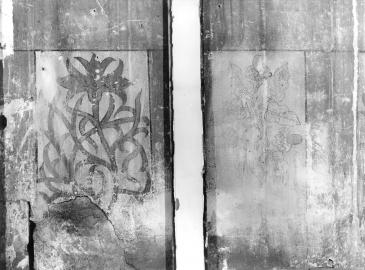