Queens’ has two mulberry trees, one on each side of the river. Although it is conventional for colleges to claim that their mulberry tree dates from the 17th century, and that claim has been seen in print for the trees in Queens’, in fact we have no documentation whatsoever to support the dating of either tree. 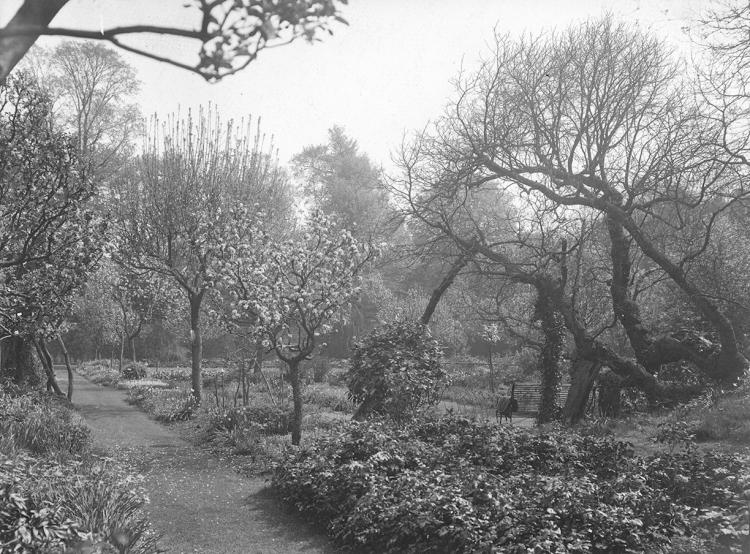 In the walled Fellows’ Garden that existed until 1971, just beside a dipping pool, there was a large and ancient mulberry tree, shown on the right of this 1932 photograph.

Both the tree and the pool are shown in the Watford 1825 plan of college, and the mulberry tree is emphasised above all other trees in the garden, so that we can be confident that the tree was a well-established and notable feature by 1825. 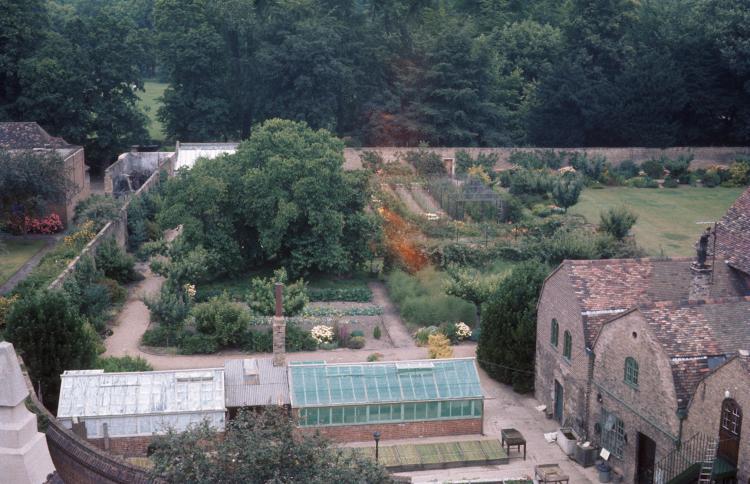 In this 1971 view, the mulberry tree can be seen within the Fellows’ Garden, at a location which would place it somewhere under EE staircase today.

Just before the garden was grubbed up, later in 1971, two branches were cut off this mulberry tree, and stuck in the ground at a location planned to be free of future building work. 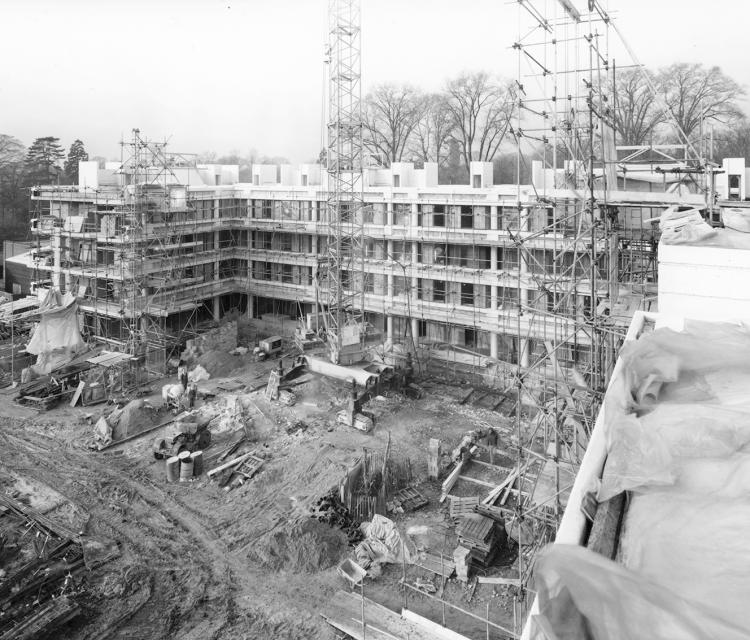 In this photograph from December 1973 of the Cripps Court construction, the two mulberry cuttings can be seen in the lower centre, surrounded by a simple fence.

It appears that one of these cuttings survived this treatment, and also survived having the surrounding ground level raised for the completed lawn. 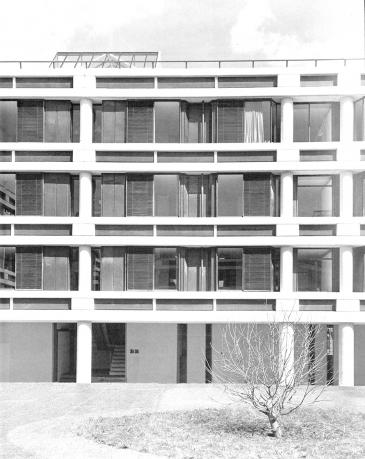 By 1978, the one surviving mulberry cutting can be seen sprouting new growth. It still looks like a branch of the old tree stuck in the ground.

The surviving cutting grew into this substantial mulberry tree, which has grown vigorously and is in good health. Its lower branches have been cut away, partly to avoid the need for propping them.

This photograph was taken in May, when the foliage was young and had not reached maximum density. 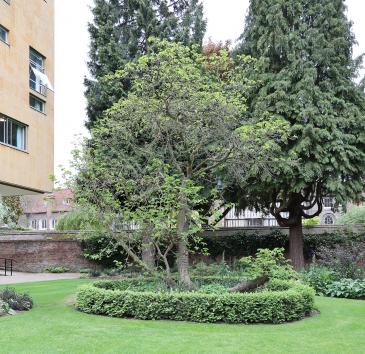 The second mulberry tree is on Erasmus lawn, and, by comparison, is a somewhat sickly specimen. Apart from the canopy, there is much dead wood in the body of the tree. Large cut-off stumps in the surrounding ground suggest that this was once a much grander tree.

This tree was emphasised in the 1948 plan of college (beside the ‘C’ of carmelite), but it is not marked in any earlier plan. In particular, there is no tree apparent at this location in the Loggan view of 1685, where much of the ground is taken up by a garden sundial. So it is unlikely that this is a 17th century mulberry.