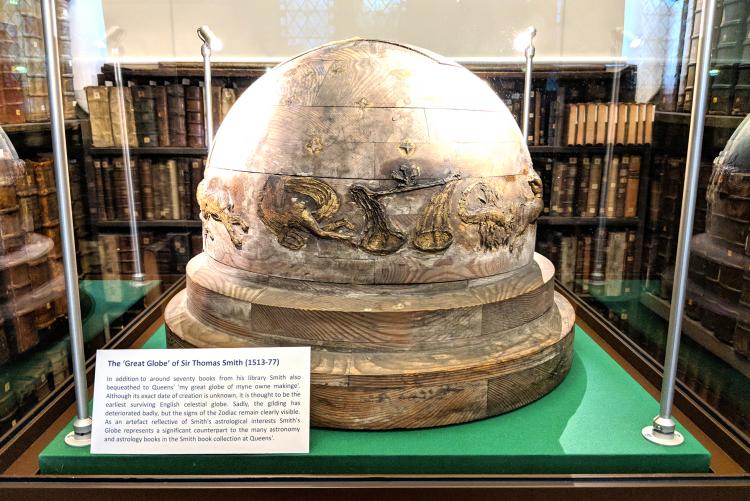 When Sir Thomas Smith [Fellow 1530–​47] died in 1577, he bequeathed all his Latin and Greek books to Queens’ College, along with my greate globe of myne own makinge.

We do not have any documentary proof that the item now in our possession, and illustrated in the photograph, is the globe bequeathed by Smith, but it has been traditionally held to be so, despite the difficulties that it is neither greate in size, nor strictly a globe. The object we have is a hemisphere, and appears to be one half of a celestial globe.

The signs of the zodiac are displayed around the circle at the base of the hemisphere, and various stars are marked, but those stars, to my knowledge, have never been reliably identified. It is possible that the circle of zodiac signs should be taken to represent the Ecliptic line in the heavens, rather than the celestial equator.

The purpose of this object, if it ever had one, remains unclear.