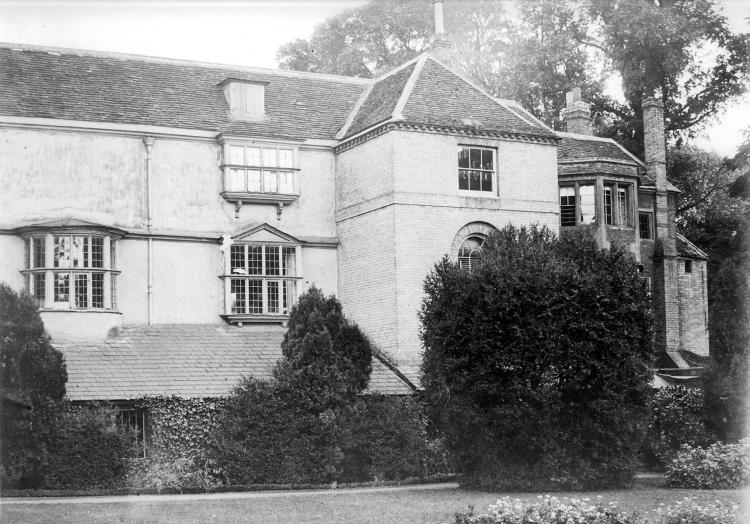 A view, probably by Robert Cade around 1857, of the north (garden) side of the Lodge, including the staircase building.

The large projecting staircase was built in 1789–93, replacing an earlier hexagonal one shown in the Loggan view. The new staircase building truncated the Long Gallery by about 3 feet on the north side.

The project was conceived in 1789. [College Order, 10 June 1789: Agreed that a new Stair Case be built in, and new Entrance made into, the Lodge according to the Plan proposed by Mr Carter.] Payments related to its construction were made in 1791/2. Finally, Mr Carter was paid 10 guineas for surveying Lodge Stair Case in 1792/3. These items suggest that most of the work was done in 1792.

The external appearance of this building was somewhat disfigured by the insertion of a WC with window on the top storey, with associated external lead pipes, in the very late 19th century: certainly before 1897 July 29, when a photograph by Godfrey Bingley shows it in place. 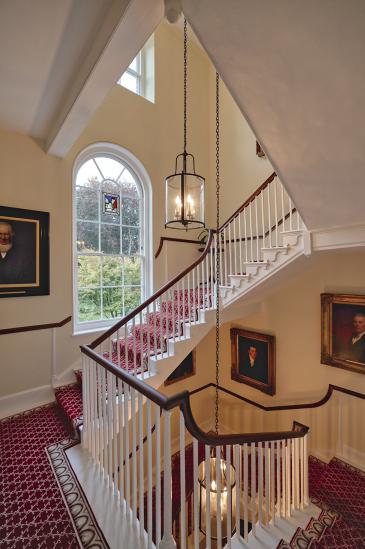 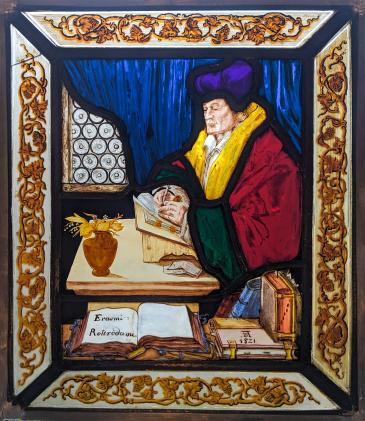 An interior view of the staircase.

In the main window, there is a stained glass reproduction of the portrait of Erasmus, by Albrecht Dürer.