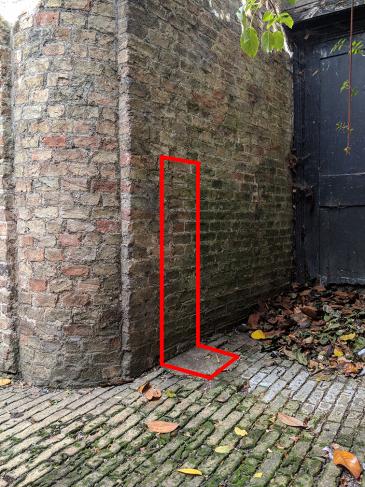 There was once a pump for water in the grounds of the college, just outside the former location of the Four-door Hut, with doors to each of four walled gardens. This was a different pump to the one after which Pump Court is named.

The pump was still there in the late 1960s, but it appears that it was removed some time in the 1970s, and the only trace now left is a patch of concrete on the ground where it used to be. I have been unable to trace any images of the pump as it was before its removal.

The former existence of this pump leaves a number of questions unanswered:

When did the pump last produce water?

From where did the pump fetch its water? Was it a well? If so, is the well still there? Could it still produce water?

How old was the pump’s water supply? Did the college create it, or did this source of water date back to the time of the Carmelite monastery?