This ancient ironbound chest probably dates from the earliest years of the college: the late 15th century. 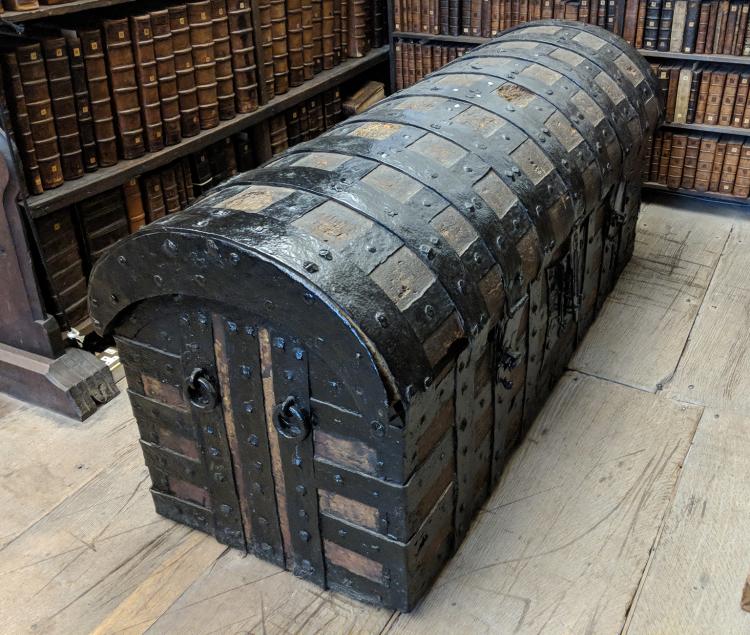 It is now preserved in the Old Library, but was originally located in the Muniments Room, in the Gate Tower, from where it was moved around 1898.

It served a purpose then similar to the purpose today of an office safe: somewhere secure to keep valuable documents or money.

It has hasps for three padlocks, each of which alone would have prevented the chest being opened. A typical protocol for use of the chest would have been that the keys for the three locks were distributed one each to three senior members of the college. To open the chest would require those three people gathering together with the chest, and each opening their own lock, before the chest could be opened.