A dower chest is a chest in which a bride’s father conveys the marriage dowry for his daughter to the groom. 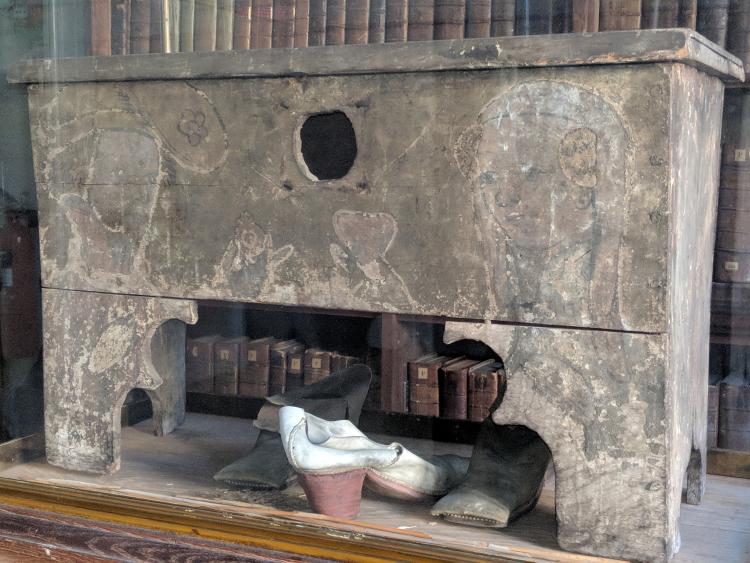 This dower chest is thought to be English, of the 14th century (and thus older than the college).

This chest is thought to have been discovered in the attics of the Long Gallery during the restoration work of 1912. It is displayed in a glass cabinet along with some ancient leather shoes which were discovered at the same time.

It is not known how the chest came into the possession of the college, and nothing is known of the chest’s history.