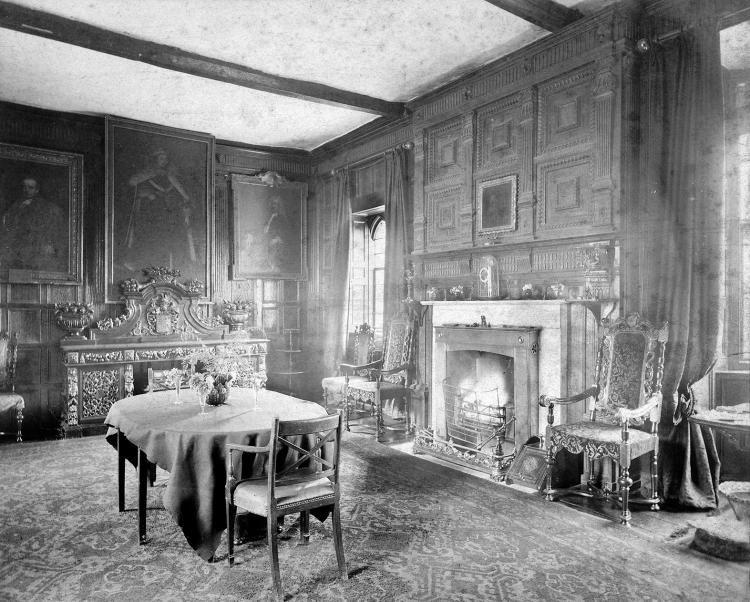 The Audit Dining Room is part of the President’s Lodge in the riverside building.

The building was erected perhaps in the 1460s, and is internally much altered since that time. The rooms within it seem originally to have been used for distinguished visitors, and it does not seem to have become part of the President’s Lodge until the time of Henry VIII. 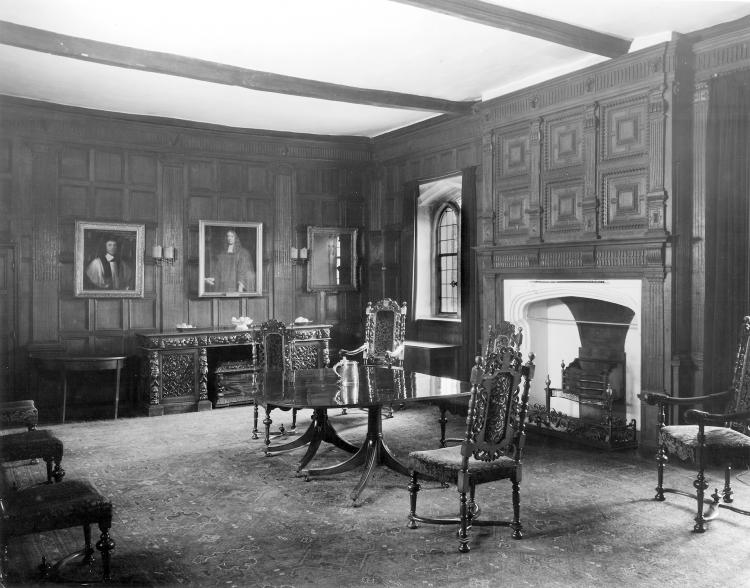 In the far corner is the clock given by Edward East.

The fireplaces seen above have been stripped out and the original exposed again. Panelling has been removed from around the stone windows.

The panelling is early 17th century, and possibly the gift of Humphrey Tindall, President 1579–1614. As seen in the Long Gallery panelling, there is a lion’s head motif in the top frieze. In earlier times, the panelling was painted: the paint was removed in 1822. Some of the furniture was purchased in 1822–3. 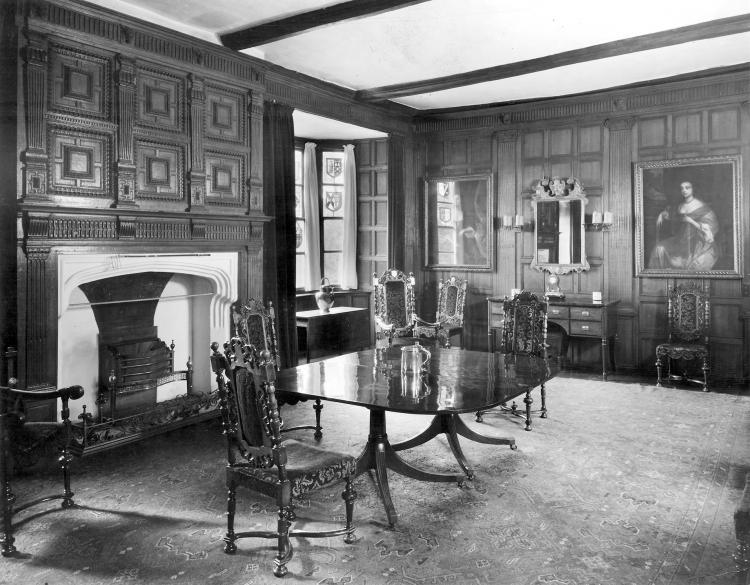 The bay window over the River Cam was said to have been made or renewed in 1711, stonework being paid for by the college, the glass and woodwork paid for by the President, Dr Henry James [MSS Cole, quoted AHUC, Vol. 2, p. 27]. However, the external stonework is of a design typical of a century earlier [RCHM Vol. 2, p. 176].

The large portraits of the two women are something of a mystery, as no connection is known between them (or their families) and the college, and I have my doubts about the authenticity of their identities as claimed by the labels on the frames. The portraits arrived in college before 1790. 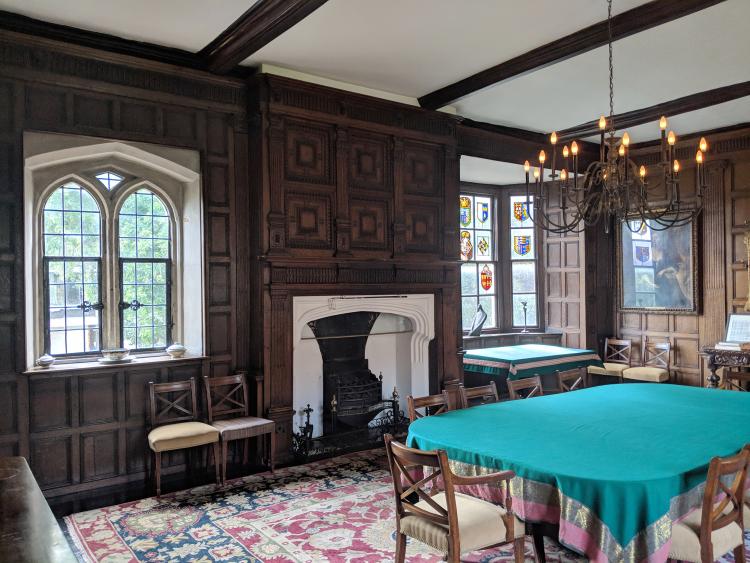 A modern photograph of the Audit Dining Room. 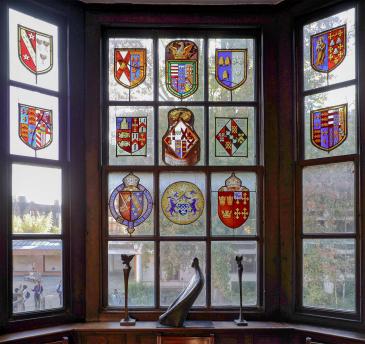 The coats of arms in the bay window are hung from wires on the inside of the glass, rather than being part of the glazing itself. Most of them appear to have been moved here from elsewhere, probably the Old Hall stained glass of 1819–​22, but the bottom three were probably made for this location.

Only a few pre-21st century Presidents (those who were also Bishops) are shown in this window: the main sequence is on the Long Gallery oriel window.