The name “Playroom” became applied to a small sitting room above the Long Gallery at a time when a former President had children living in the Lodge. 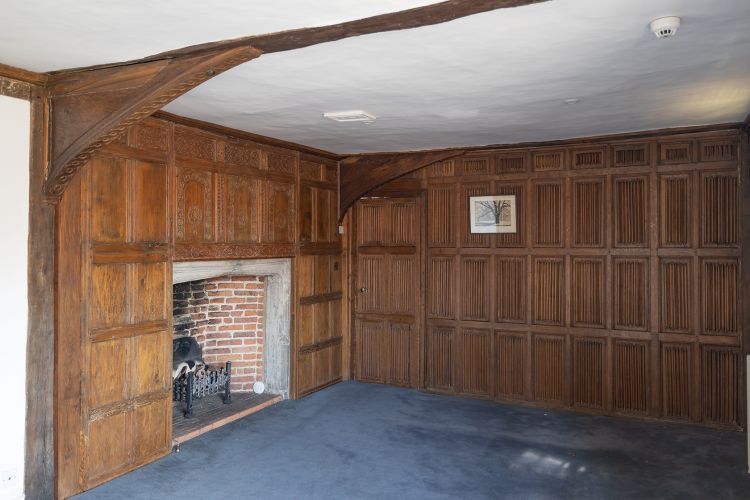 The Playroom is the central one of a row of rooms in the storey above the Long Gallery. It has a bay window looking over Cloister Court, and is the only room in this storey to have a fireplace. The other rooms are fitted out as bedrooms.

The east wall is comprised of fragments of the 1531 linen-fold panelling removed from the Hall around 1734, similar to the panelling now in the President’s Study, but without the upper panels of grotesque heads and coats-of-arms.

Two decorated arched braces can be seen, between the top of the load-bearing vertical posts and the ceiling beams. These braces, and similar ones in other rooms, survive only on the north side of the building, and they represent the only original attempt to brace the timber structure against slumping sideways. In practice, they were not very successful, and it is probably the chimney stack which has done more to hold the building up.