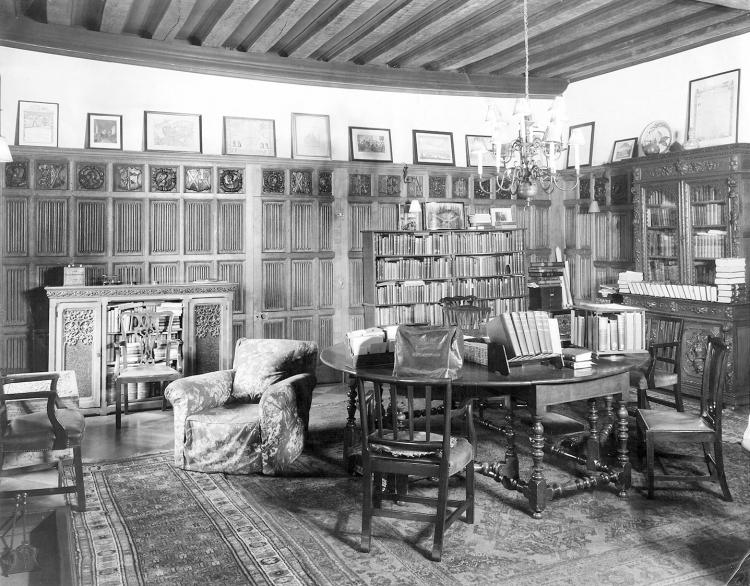 The President’s Study is on the first floor directly above the Old Combination Room, within the same in-fill building that was probably erected somewhat after the completion of the college (now Old Court) in 1448–9.

The photographs date from ca 1948–50, before the ceiling was plastered between the joists.

The east wall of the study, occupying most of this photograph, is supported below by the sagging beam in the Old Combination Room.

The linenfold panelling dating from 1531–2 was fitted up in this room in 1896–7, having spent the previous 160 years in the Servants’ Hall in the riverside building. 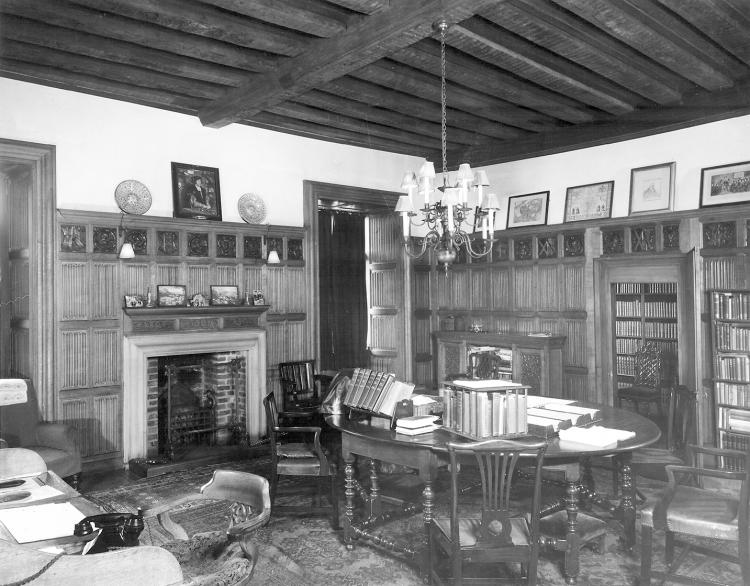 The panelled door in the east wall is shown open, leading to the West Room of the Old Library. 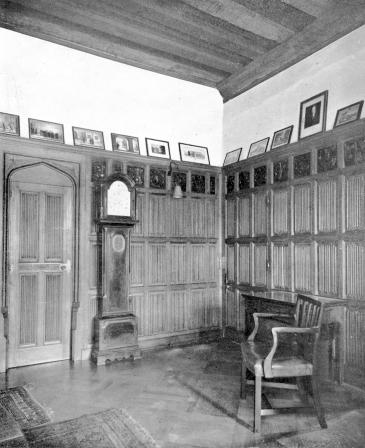 A view looking to the south-west corner of the study.

The door at the left, interrupting the frieze panels, leads to a spy-hole looking over the Old Hall.

The door further right leads to a staircase leading down to the Old Combination Room, and up to the so-called Dokett Bedroom in the attics.