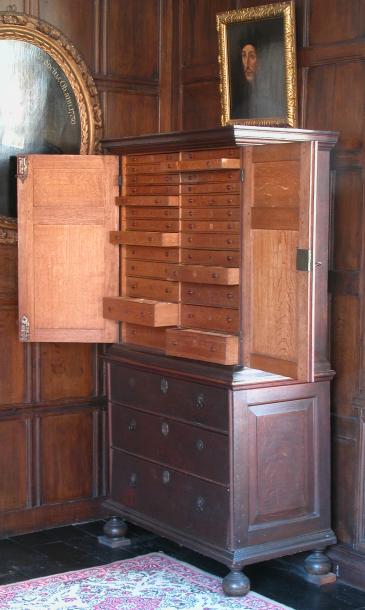 The cabinet was made in 1704, and the collection of nearly 700 samples of Materia Medica assembled 1703–4, all purchased by Queens’ College. The collection today survives nearly untouched, and mostly in its original condition.

In 1704, the cabinet cost £10, and the collection of samples cost £63 10s. 4½d. — a substantial sum: in today’s values possibly over £10,000. It is not fully understood why Queens’ College made these purchases on behalf of a person who was not formally associated with the college (although some of his lectures were given here). In that period, university financial transactions were normally overseen by the University Proctors. For 1703/4, one of the University Proctors was Poley Clopton, who was simultaneously Bursar of Queens’ College. It was Clopton (Fellow 1696–1725, died 1730) who handled the administration of the Vigani purchases. In 1707, Vigani moved his laboratory to Trinity College, but the cabinet stayed behind, being the property of Queens’, having had only three years of use. 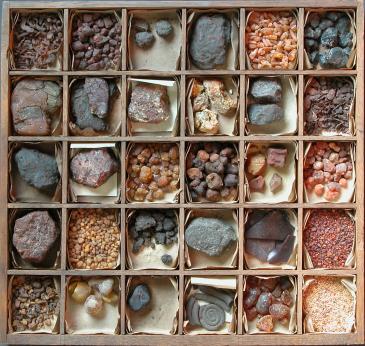 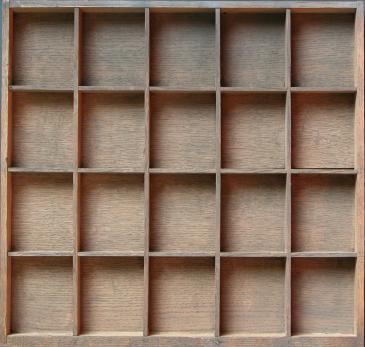 Drawer B is unused. 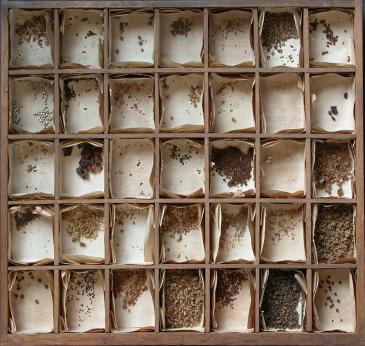 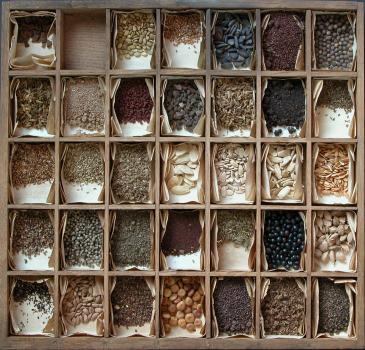 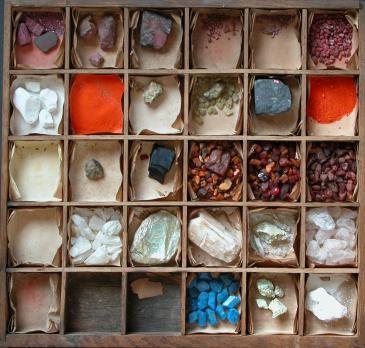 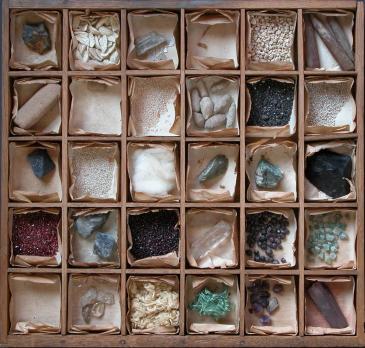 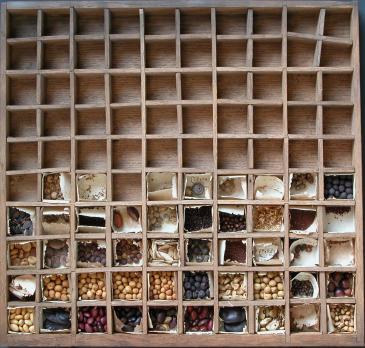 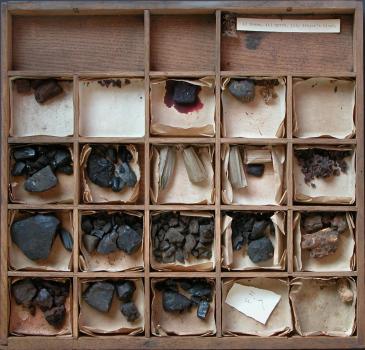 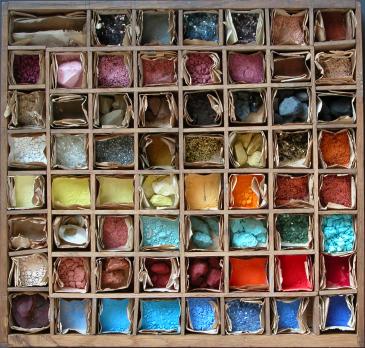 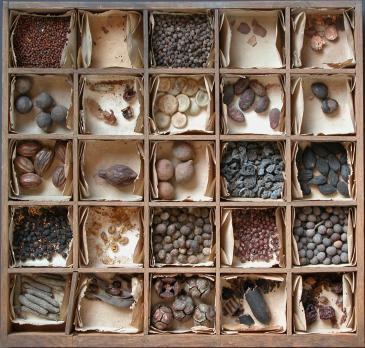 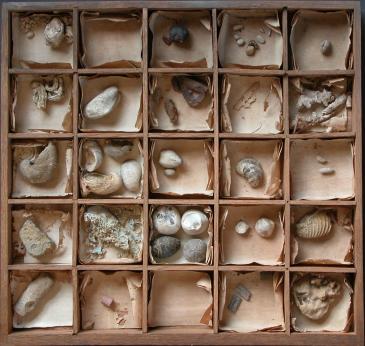 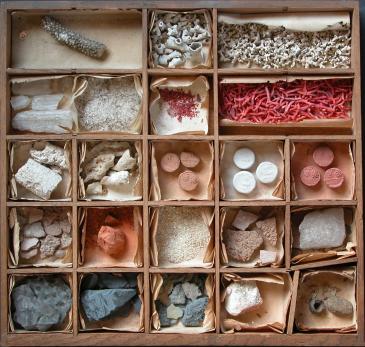 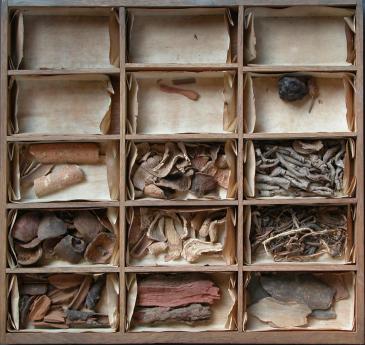 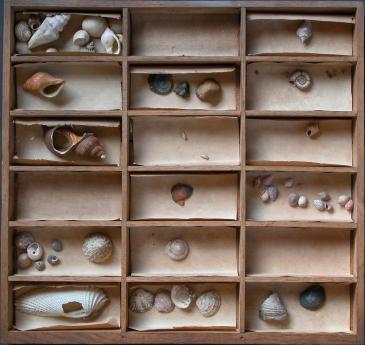 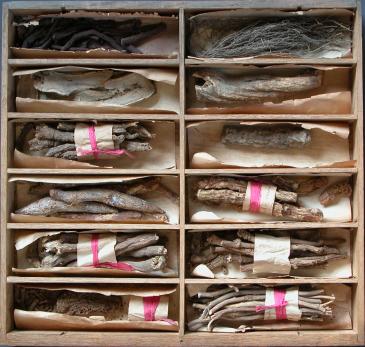 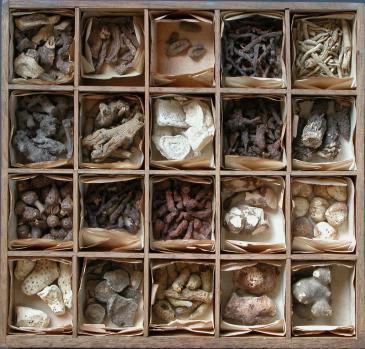 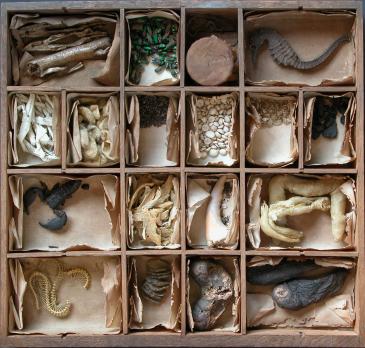 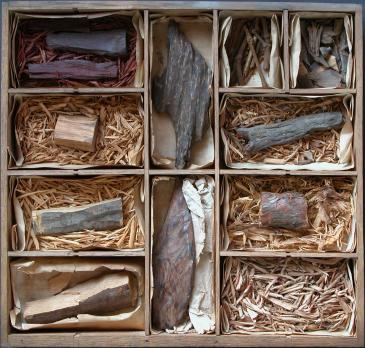 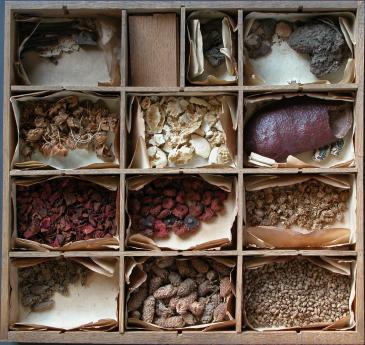 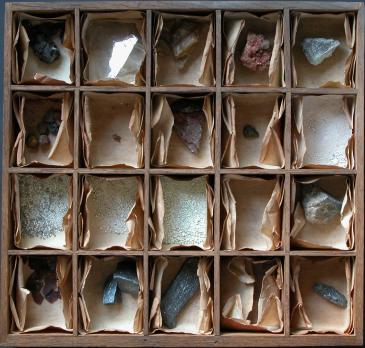 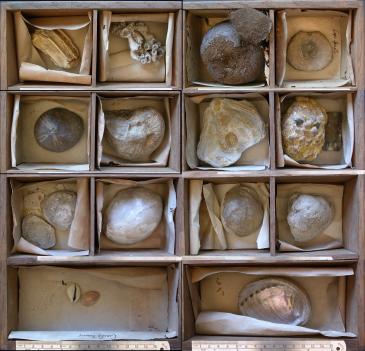 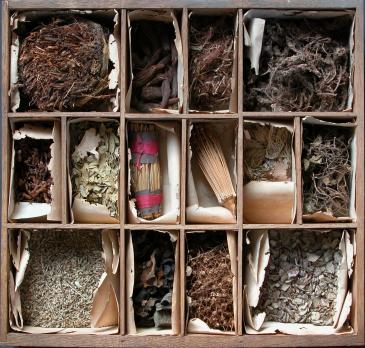 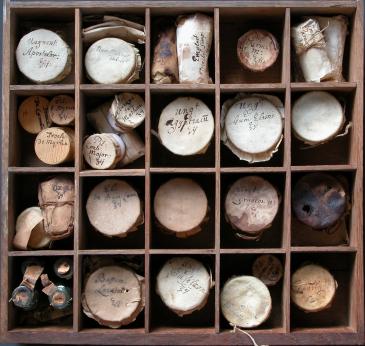 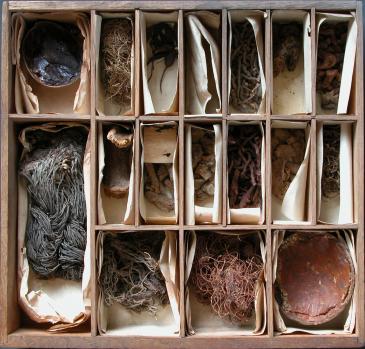 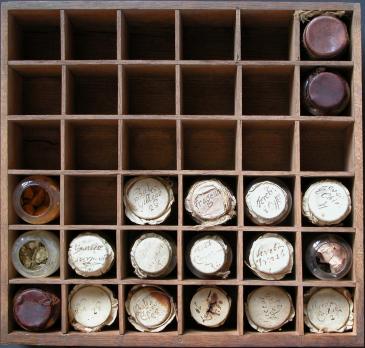 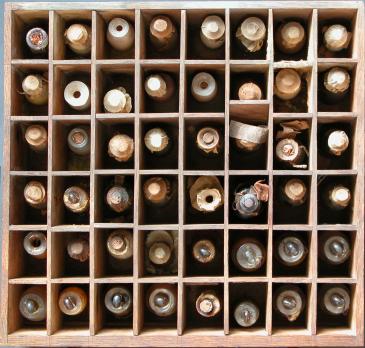 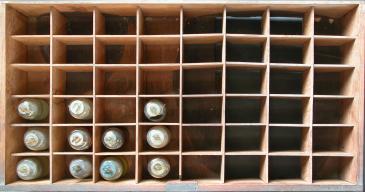 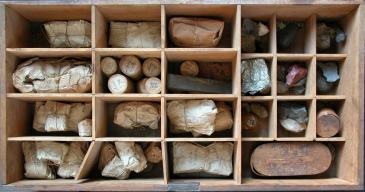 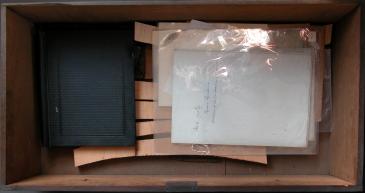 1730: A course of lectures, upon the Materia Medica, Antient and Modern, by Richard Bradley. [references Vigani’s collection at Queens’]

1934: John Francis Vigani, first Professor of Chemistry in the University of Cambridge (1703–​12), and his Materia Medica cabinet in the Library of Queens’ College, by Ernest Saville Peck, Proc. Cambridge Antiquarian Society, Vol. XXXIV (1934):34–​49.