The formal sitting room of the President’s Lodge is at the north end of the riverside building. The interior of the building has been altered substantially several times since it was first constructed. 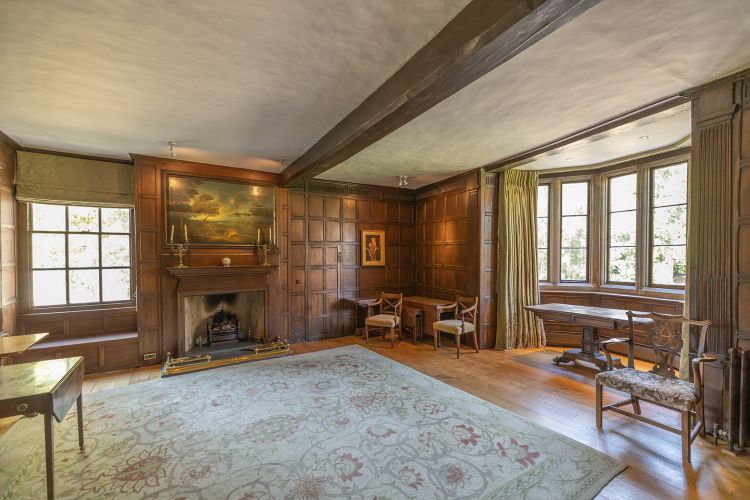 A view of the sitting room from its point of entry. The sash window on the left is on the elevation over the river; the bay window on the right looks north over the Lodge garden.

The fireplace surround looks quite modern, of unknown date. Nothing is known about the provenance of the oil painting built in to the panelling above the fireplace.

In the panelling to the right of the fireplace is a door to the garderobe over the river. 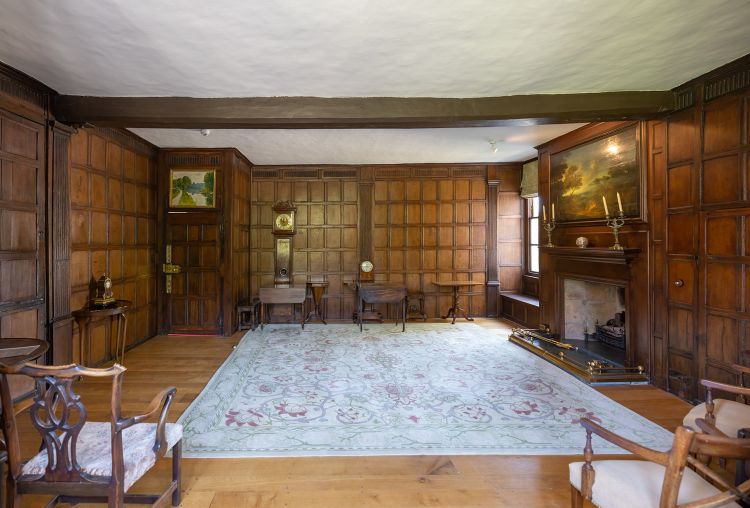 Another view, looking south from the bay window.

The panelling is of a similar style and period (around 1600) to the panelling in the Audit Dining Room and the Long Gallery, but not quite so grand.

The current entry door can be seen mid-left. An earlier possible entry to the room is partly visible on the extreme left. 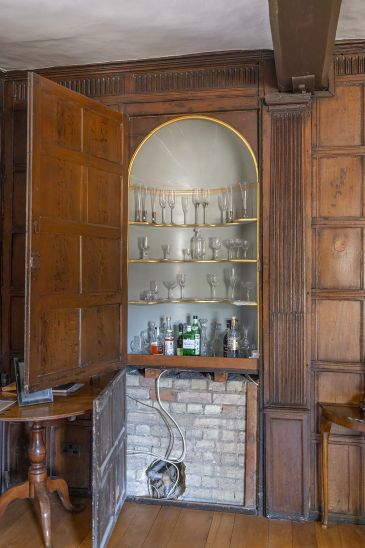 Left: A concealed cabinet, in the east wall, appears to have been converted from a blocked doorway, which might have been an earlier entry to this room, possibly from the old hexagonal staircase (seen in the Loggan view), before the current Lodge staircase was built, around 1791–2.

Right: In the west wall, in the panelling beside the fireplace, is a semi-concealed entry to a garderobe, built into the gable-end projecting out into the river. 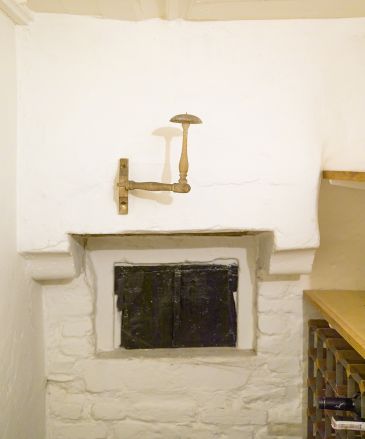 The original function of the garderobe, as first built, would have been a toilet discharging directly into the river below. No trace of that arrangement now remains.

Instead, there are two other remnants of former usage as a powder room:

(a) A wig-stand, for parking a wig when not being worn (18th century turned wood);
(b) An oven of some sort, built into, and warmed by, the flue stack behind the fireplace. Might it have been a bread-oven? Or a way of heating water for washing?

The two stone brackets (either side of the oven) appear to support a truncation of the older chute from the garderobe above. Originally that chute must have extended down to the river below. Speculation: If the introduction of the oven required the blocking of the chute from above, then this might have been a trigger for building the northward extension of the garderobe gable-end (visible from the river), to provide a replacement chute for the one now blocked by the oven. 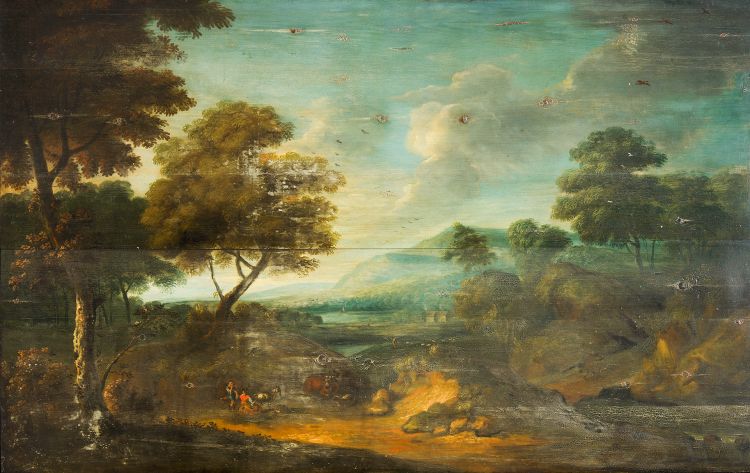 Nothing is known about the rural landscape painted in oils on a wooden panel mounted above the fireplace, shown here in enhanced contrast.

Speculation: if you study carefully the 1814 Ackermann print of the Old Hall, you might be able to discern a decorated panel above the fireplace on the extreme left. This panel had been replaced by the time of the 1842 Le Keux print. Might the panel now in the Sitting Room have originally been over the fireplace in the Hall, as part of the panelling installed 1732–4? 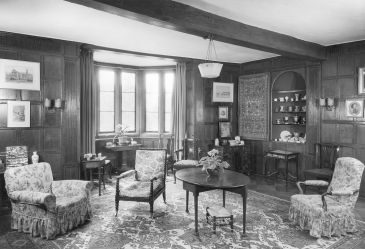 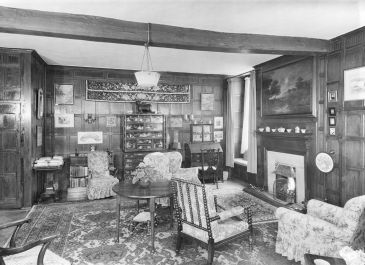 Views of the Lodge Sitting Room as it was around 1948.