When the founding President, Andrew Dokett, died in 1484, he stipulated in his will that the College was to maintain his almshouses, in which poor women resided. [The History of the Queens’ College of St Margaret and St Bernard in the University of Cambridge, by William George Searle, Volume 1, pp. 56–​8]

His almshouses were then in Small Bridges Street (now Silver Street), east of Queens’ Lane. We do not have any images of the original almshouses, but their location is marked in the 1948 plan. In 1836, Queens’ sold its remaining lands east of Queens’ Lane (comprising the former University Press buildings, former University Anatomy School, Dokett’s almshouses, and other remnants of the first proposed 1447 site of St Bernard’s College) to St Catharine’s College. 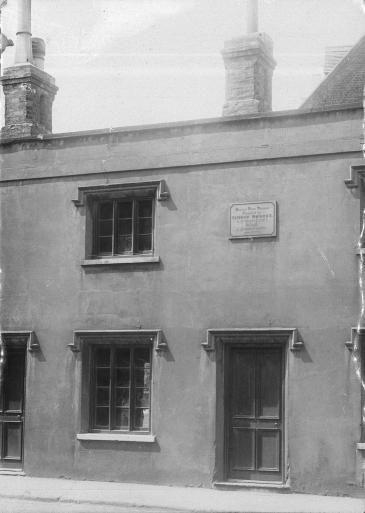 Eight replacement almshouses were built in 1836 at the north end of Queens’ Lane, backing on to what was then the President’s kitchen-garden, now Friars’ Court. 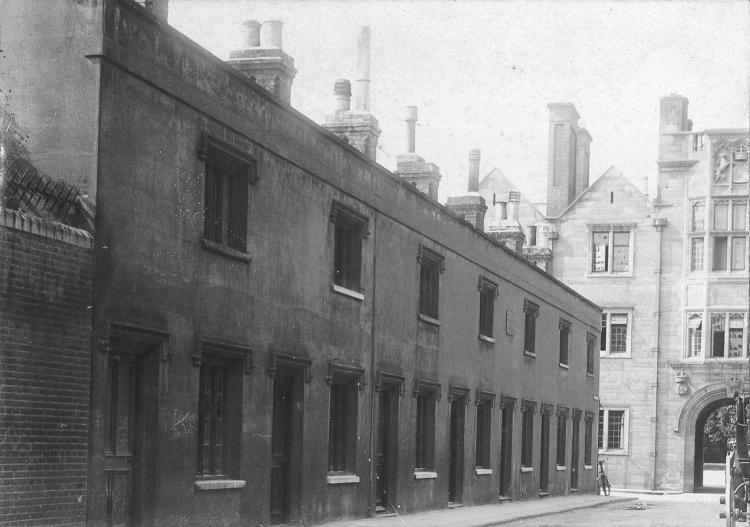 In 1907, the north-most almshouse was demolished, and its site became part of the land sold by Queens’ to King’s to re-align the boundary between the two colleges, so as to enable King’s to build their Webb’s Court.

In a related transaction, King’s sold to Queens’ the land which is now the Queens’ sportsground on Barton Road.

In this photograph from 1911, only seven almshouses remain, and Webb’s Court can be seen freshly built. 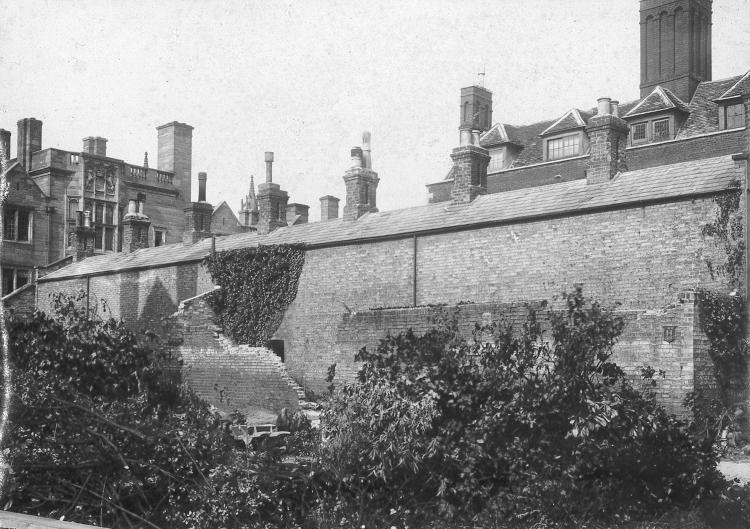 In 1911, the remaining seven almshouses were demolished to make way for a new building, and the obligation to Dokett’s will was converted to a pension charity.

The land thus released became part of the site of the present Dokett Building.