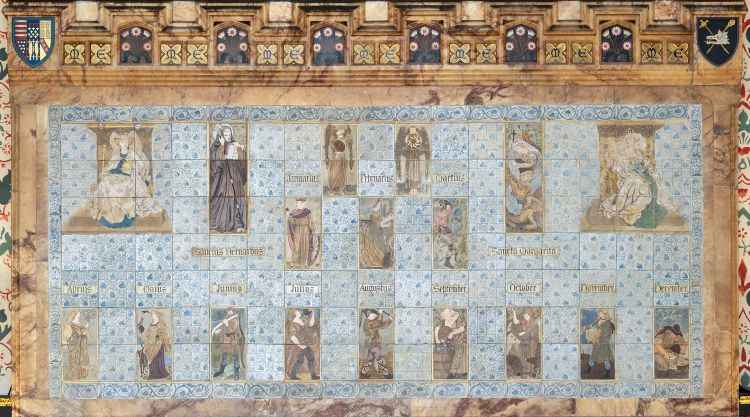 This overmantel decorated with tiles painted by Morris, Marshall, Faulkner & Co. was installed over the fireplace in Old Hall in 1864. It was modified in 1873 by the addition of tiles depicting the two foundress queens.

The painted tiles depict: the two foundress queens, the two patron saints, the Angel of Night, the Angel of Day, and a Labour of the Month for each of the twelve months.

In 1875, a wooden canopy was added over the panel of tiles. 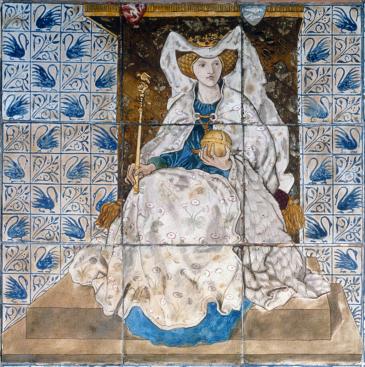 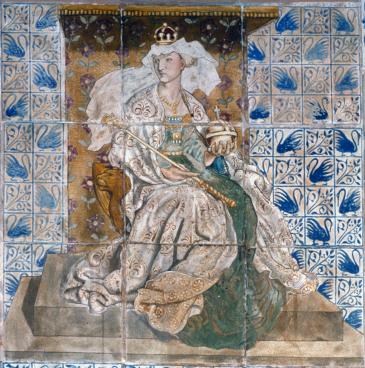 Left: Margaret of Anjou as Queen. Recognisable by the daisies (marguerites) in her dress.

Right: Elizabeth Woodville as Queen. Her costume and jewellery are modelled on those in the much-copied portrait.

Both these were designed by Ford Madox Brown in 1873, and added to the earlier tiles. 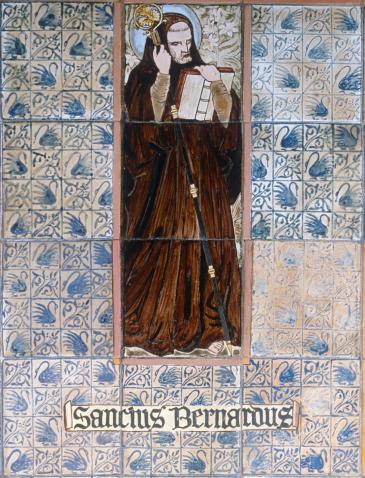 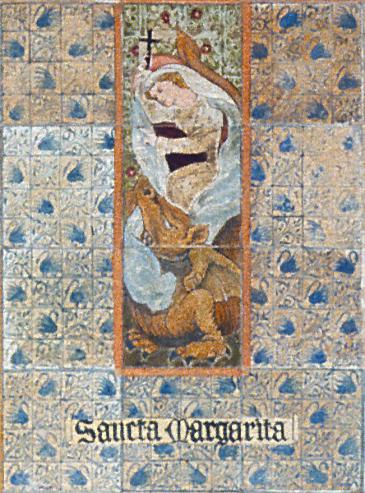 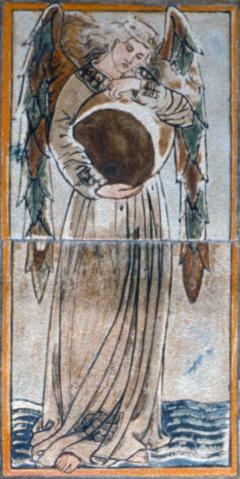 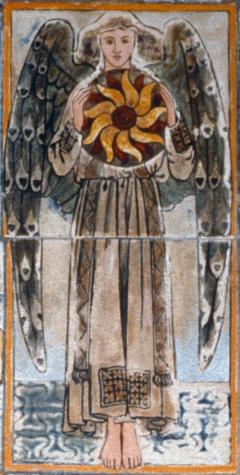 Both designed by Morris.

January is personified by the two-headed god Janus: the old head looks back to the old year, and the young head looks forward to the new year.

A young woman reads a Valentine card while warming herself in front of a fire, accompanied by a black cat.

A man sits on a tree branch, pruning. Beneath him, a white owl sits in a hole in the tree.

A woman walks in a meadow of flowers, wearing a wreath of leaves, and holding a branch.

A woman holds a falcon, accompanied by a dog.

A man sharpens his scythe with a stone.

Left: July. Reaping, designed either by Morris or by Rossetti.

A woman pours a bucket of new-picked grapes into a barrel.

A woman shakes acorns from a tree to feed the pigs below.

Right: December. Slaugtering a pig, designed either by Ford Madox Brown or by Rossetti.

Note: all photographs on this page were taken before the cleaning of 2005.

See the William Morris Gallery for pictures of similar tiles.