As part of the Fisher Building development, a building containing two squash courts was erected in 1936 west of the Fellows’ Garden and north of Fisher Building, where there had formerly been lawn tennis courts. 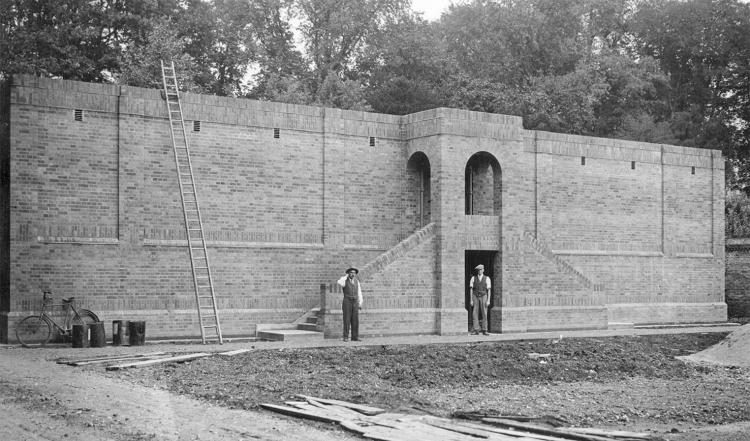 The two courts shared a common viewing gallery in the centre, reached by the outside steps. The flat roofs of the courts had glazed brick panels to admit natural light. The viewing gallery also gave access to a large store-room (see below).

On the far right is the walled Fellows’ Garden. 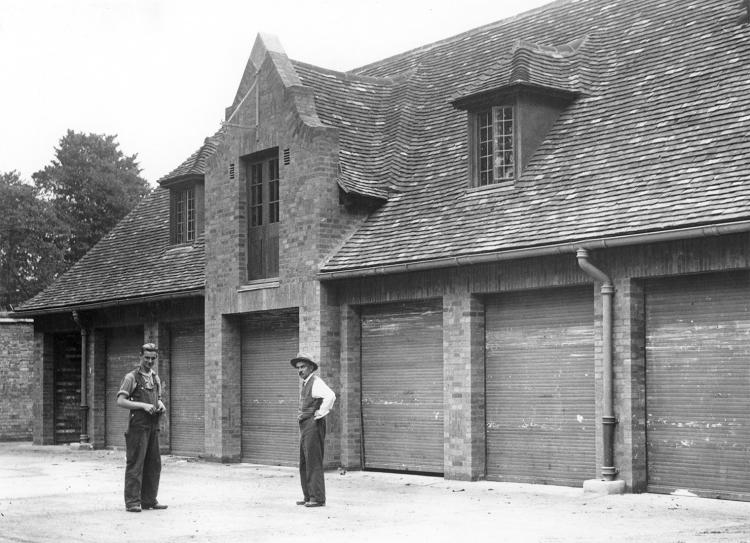 The north side of the squash courts building provided seven lock-up garages for the President and resident Fellows, and a large store-room above, used for storage of students’ trunks and baggage during term-time.

On the extreme left is the west wall of the Fives Court.

The garage on the extreme right was, in later years, used by the Bats as a scenery store.

The squash courts and garages were demolished in July 1986 during the site clearance for Phase 3 of the Cripps Court development, later named Lyon Court. Lyon Court included three new squash courts, opened in 1989.