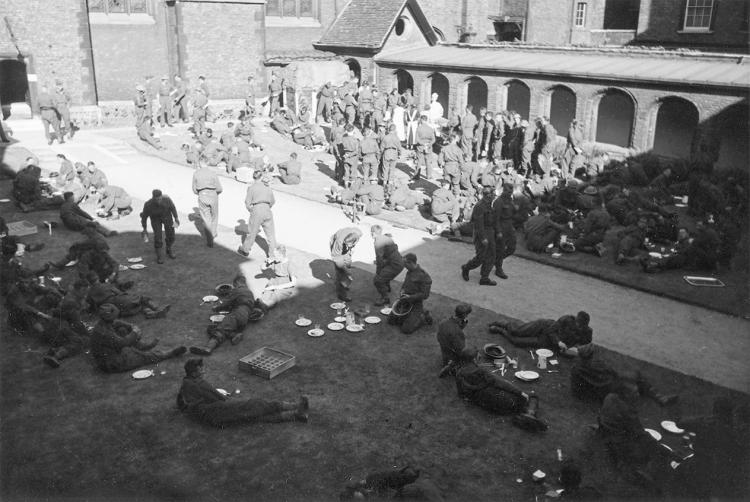 In the middle of the night, one night in June 1940, the college was awoken and asked to accommodate, and feed, hundreds of troops that had just been evacuated from the beaches of France.

In this photograph, the troops can be seen in Cloister Court being served food and drink in the far corner. 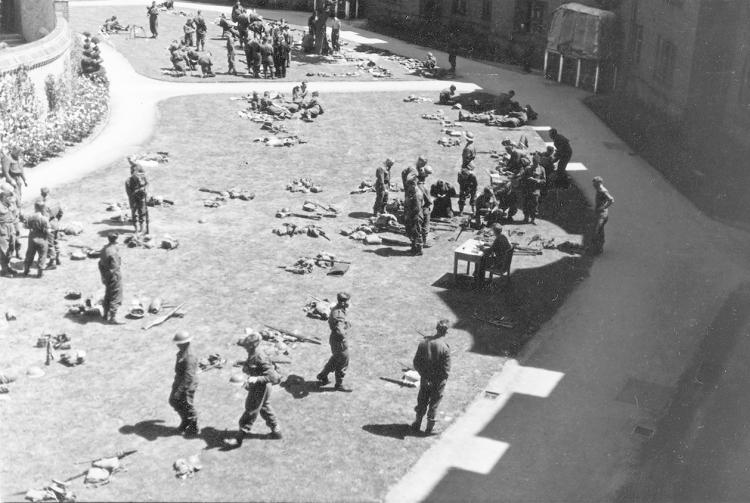 In the second photograph, more troops are seen on the lawns of Fisher Court.

Note the blast shelters erected around the entrance to each staircase. These were a feature everywhere in college throughout the war.

The college buildings were not damaged by enemy action during the war, but one member of staff, the College Butler, William Langley, was killed by a bomb at his own home, 2 Vicarage Terrace, on the night of 18/19 June 1940, after having worked late in college serving food to these evacuated troops.
[The Dial, No. 95, 1947 Easter, p. 8; Queens’ College Record 1991, p. 15]

Although some notes in college refer to these evacuated troops in the context of Dunkirk, the coincidence of their arrival with the Vicarage Terrace bombing, and the reference in the written accounts to the beaches of France, allow us to identify that these evacuees were part of Operation Aerial, not from Dunkirk itself.