The Choir of Queens’ College Cambridge is one of the leading mixed choirs in Cambridge, directed by the internationally renowned conductor and teacher Ralph Allwood MBE. It is formed of twenty-four singers and two organ scholars, and run by the Organ Scholars in conjunction with the Chaplain, with services and concerts conducted by Ralph Allwood, Fellow Commoner advising in Music at Queens'. 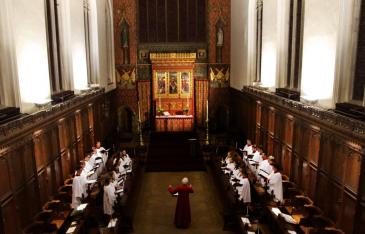 The Chapel Choir combines high quality music-making, ambitious and wide-ranging repertoire and commitment to detail with a friendly atmosphere and vibrant social life.  The Choir sings two or three choral services each week during term, in addition to a busy schedule of additional events, such as Eucharist on Feast Days, Catholic Masses, Commemorations of Benefactors, wedding and memorial services, and a busy schedule of concerts and tours.

The choir sings three choral services each week during term in addition to a busy schedule of events, including the Eucharist on Feast Days, Catholic Masses, Commemorations of Benefactors, weddings and memorial services. The choir also perform regular recitals in Cambridge, concerts in London, recently Mozart’s Requiem and Handel’s Dixit Dominus at St. Martin-in-the-Fields with the Brandenburg Sinfonia as part of the 2018 Brandenburg Festival, and cathedral evensongs which in recent years have included Westminster Abbey and Ely Cathedral.

Services are held in the College Chapel and all are welcome to attend. They take place at the following times, during University Full Term only:

You can read the music list for the current term

Archive of past Music Lists: 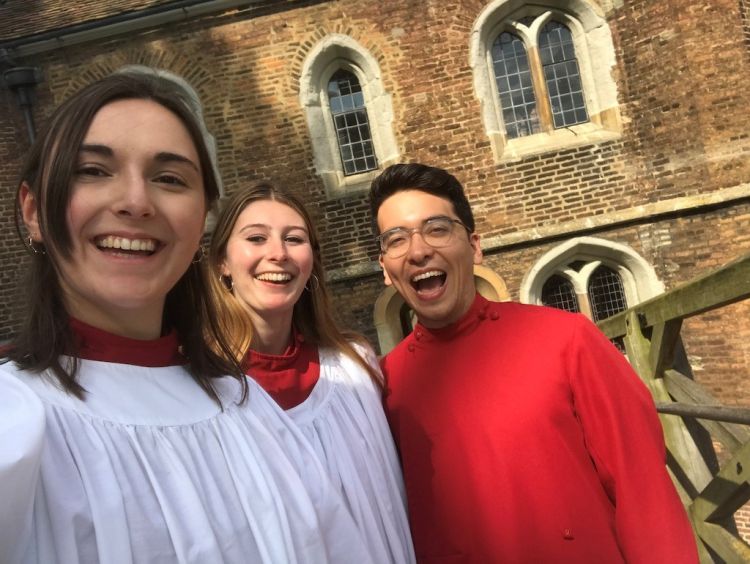