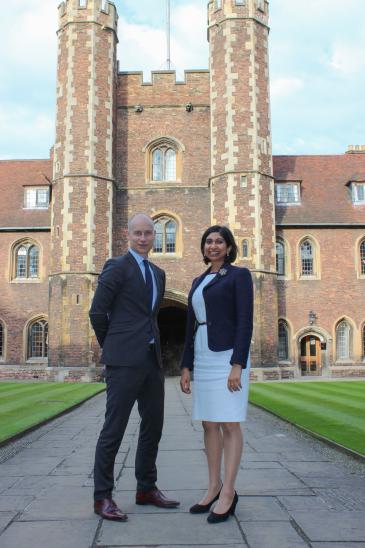 Congratulations to Suella Braverman MP (1998), who has just been appointed Attorney General.

The Attorney General is one of the Law Officers of the Crown and serves as the chief legal adviser to the Crown and the Government in England and Wales. Downing Street have confirmed that Ms Braverman will also attend Cabinet meetings.

Ms Braverman read Law at Queens' before completing her Master's at Pantheon-Sorbonne University in Paris in European and French Law. Following this, she practiced as a barrister and is a member of Middle Temple. She was elected to the House of Commons as the MP for Fareham in 2015 and has previously held roles including Parliamentary Under-Secretary of State for Exiting the European Union.