A ‘radical’ plan by Hilary Cooper (MPhil, 1981), Professor Simon Szreter and their son Ben Szreter to boost UK growth has been named as one of the first winners of the £100,000 Institute for Public Policy Research (IPPR) Economics Prize.

The inaugural IPPR prize was introduced to reward innovative ideas to reinvigorate the UK economy that force a ‘step change in the quality and quantity of the UK’s economic growth’.

Hilary is an economics consultant and entered the competition with her husband, Professor Simon Szreter, Professor of History and Public Policy at the University of Cambridge and a Fellow of St John's College, and their son Ben Szreter, chief executive of Cambridge United Community Trust. They worked together on a detailed plan to enable faster UK growth by investing in generous and universal welfare provision.

“Our core idea is to incentivise a move to an ethical economic system - one based on mutual support where everyone has a stake in future well-being - as a solution to the economic and democratic problems we are now facing. To achieve this, welfare provision - including both its safety net and its directed investment in human capital - must be reconceptualised as a growth promoter not as merely a ‘tax burden’ on the productive economy.” 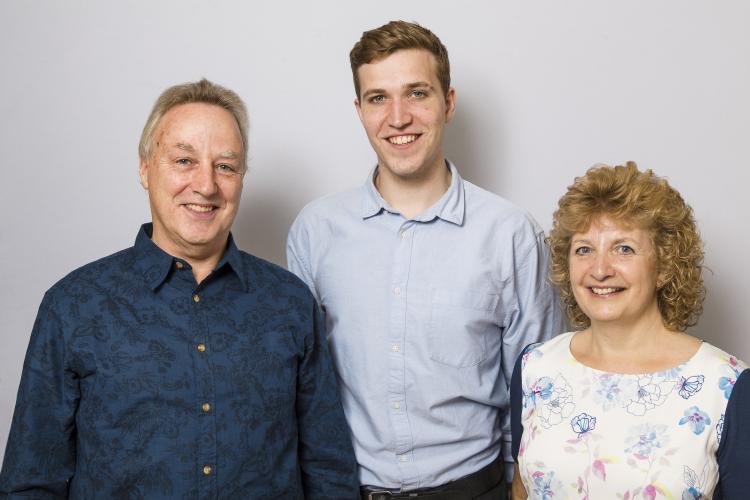 Stephanie Flanders, head of Bloombery Economics, chaired the panel of judges, which included Lord Eatwell, President of Queens' - although judging was blind, so the Queens' connection was unknown to John at the time of judging.

The panel looked for the best answers to the question, “What would be your radical plan to force a step change in the quality and quantity of the UK’s economic growth?”

They praised Szreter, Cooper and Szreter’s ‘radical’ historical, economic and community-led policy solutions to the economic challenges faced by the UK.

They said: “The authors draw on a historical analysis of the economy, looking at previous periods of British economic history to identify the enabling conditions for our most successful episodes of economic growth. Prescriptions include a new, equitable social contract alongside an intergenerational contract, incentivised and funded through tax changes, to re-establish the ethical principles on which the economic success of the Golden Age was built.

“They each brought their different perspectives to bear on their core idea, that economic growth has been historically highest when collective welfare security is greatest – and their radical plan to incentivise altruistic economic behaviour today.”

The trio shared the first prize with the other joint winner and two further prizes of £25,000 were also awarded. A full list can be found on the IPPR website.

The winners were selected from among more than 200 who submitted initial 5,000-word outlines and a shortlist of 12 who were invited to submit more detail in longer papers up to 20,000 words.