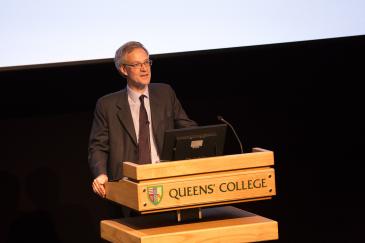 The fifth Queens' Distinguished Lecture in Law, generously sponsored by Redress Solutions PLC, was given last Thursday by Queens' alumnus The Rt. Hon. Lord Justice Newey (pictured right, all photographs credit to Ian Olsson). The press release can be downloaded in full.

The Queens’ Distinguished Law Lecture is an annual event which exposes members of the College and distinguished guests to the most advanced thinking on the law. In conjunction with the lecture, Redress Solutions PLC is sponsoring several prizes and a studentship for meritorious graduate and undergraduate students to be awarded by the Director of Studies in Law at Queens’. These include the Redress Solutions Prize for academic excellence in Law and the Redress Solutions Studentship for LL.M students which were presented by Lord Justice Newey at the event.

Lord Justice Newey is the Lord Justice of Appeals and spoke on the topic "What does it mean? Some thoughts on interpretation." 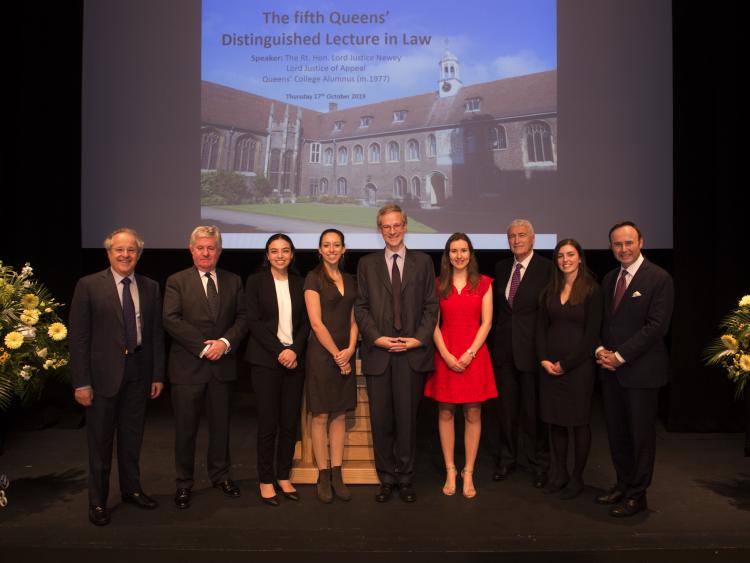 Arthur Armitage Fellow in Law at Queens’ College and former Chair of the Faculty of Law at the University of Cambridge, Professor Richard Fentiman, said:

We are delighted to welcome Sir Guy Newey back to Queens’ for the latest in this important series of lectures. It is especially fitting that so distinguished a Queens’ lawyer should speak at an event which reinforces the College’s commitment to excellence in legal education, a commitment which Redress Solutions does so much to support."

This year marks the fifth anniversary of the Queens’ Distinguished Lecture in Law. The inaugural lecture was given by Lady Hale, the President of the UK Supreme Court, and was hugely successful. In her footsteps followed Lord Grabiner, Lord Falconer and Canada’s former Chief Justice, the Rt. Hon. Beverley McLachlin, all of whom delivered equally brilliant lectures.  Redress sponsors several prizes and an LL.M Studentship which were awarded on the recommendation of Professor Fentiman to talented and hardworking students. I very much look forward to Lord Justice Newey’s lecture and to continuing to support the growth and the development of the Law teaching programme at Queens’." 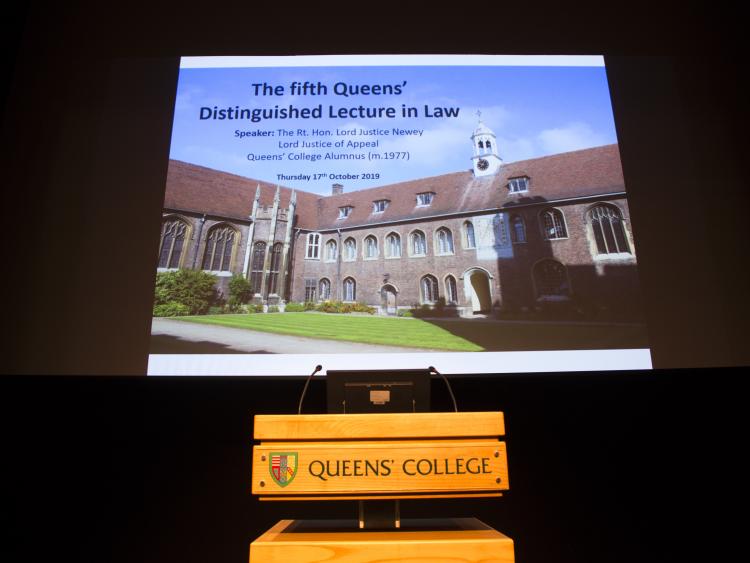 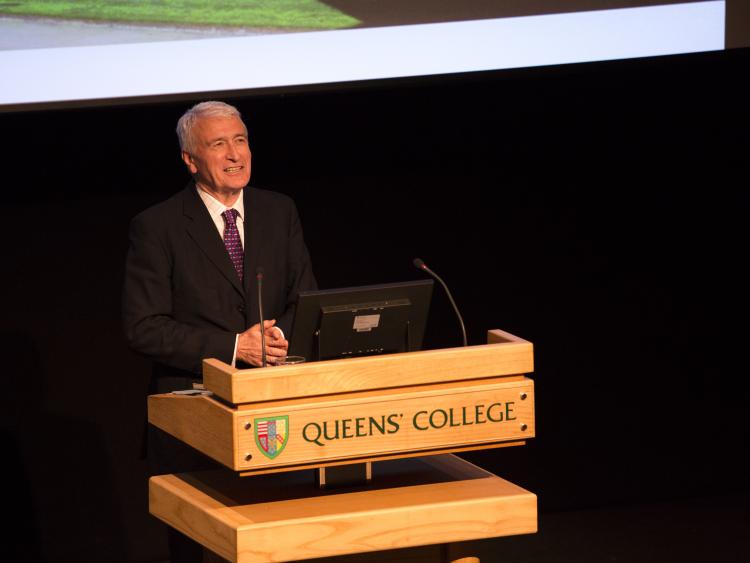 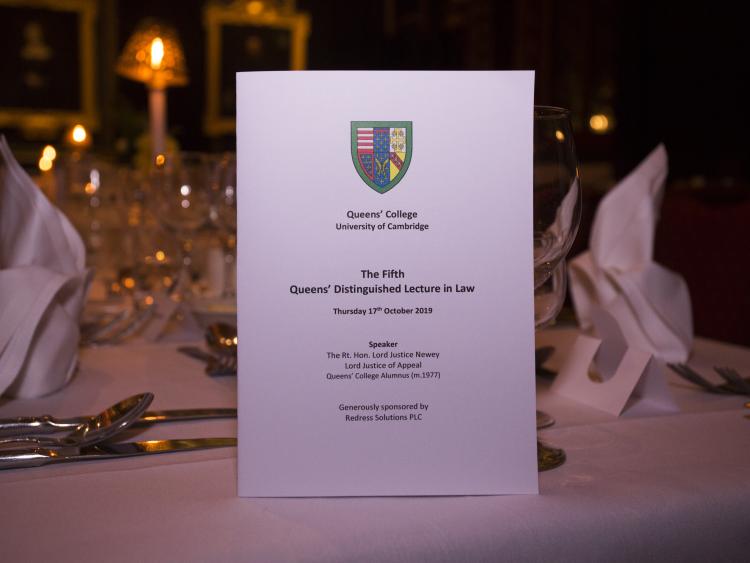 Lord Justice Newey's lecture was followed by a dinner in the Old Hall.