I am Deputy Senior Tutor at Queens'. I am also Director of Studies for Part IA Law students, and supervise Criminal Law (Part IA) and International Law (Part IB/II).

I am an affiliated lecturer in the Law Faculty, and I lecture in the Tripos course on International Law (Paper 12), available to students in part IB and part II. I also deliver small-group teaching for the LLM course on Law of Armed Conflict, Use of Force and Peacekeeping (Paper 20), and am one of two mentors for current PhD students

My current research focuses on the law of State responsibility, in particular on the general defences that States can invoke against claims that they have breached their international obligations. These defences are included in Chapter V of Part One of the International Law Commission’s Articles on the Responsibility of States for Internationally Wrongful Acts, adopted in 2001. Despite the decades-long work of the ILC on the Articles, two fundamental conceptual aspects of the defences were not addressed in any detail: the conceptualisation of defences as a category of the law of responsibility, and the classification of the recognised defences into justifications and excuses. My forthcoming monograph, Justification and Excuse in International Law: Concept and Theory of General Defences (CUP, 2016), examines these two questions. It puts forward a conceptualisation of defences as autonomous rules, and analytically explains the interplay between defences and obligations by reference to a normative-conflicts framework. Equally, it proposes a classification of the six recognised defences into justifications (consent, self-defence, countermeasures) and excuses (force majeure, distress), and discusses the difficulties in categorising others (state of necessity). In addition to the law of responsibility, I am interested in other aspects of general international law (such as the sources of international law); the law on the use of force, in particular the right of self-defence (including its exercise in the case of attacks by non-State actors); and the history of international law, especially the 19th century and the early 20th century. 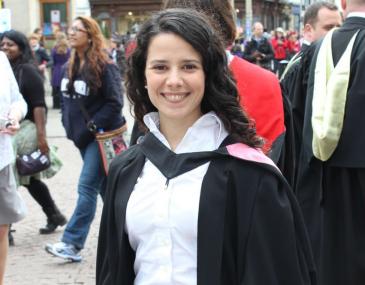