He was the Specialist Adviser to British Parliament’s Joint Select Committee on the Financial Services Act 2012 and was a Member of the European Parliament’s Expert Panel on Financial Services (2009-2014). He advised the Serious Fraud Office in its investigations and prosecutions of the rigging of the London Inter-Bank Offered Rate (Libor)(2013-2019). He has authored commissioned reports for the United Nations and the G20 on international banking regulation and environmental sustainability. He has given oral and written evidence on many occasions to the House of Commons Treasury Committee and to the House of Lords Committee on Economic Affairs on UK and EU banking regulation and economic sanctions. He gave oral and written evidence on the European Banking Union to the House of Lords Europe Committee and on the review of the European Supervisory Authorities. His evidence is cited extensively in these Parliamentary reports. He comments for the BBC and Bloomberg on UK, European Union, and Swiss banking regulation and financial sanctions. http://www.bbc.com/news/av/business-18873184/a-quick-guide-to-new-bank-regulation. He is a Member of the Bar.

College
As a Director of Studies, I am responsible for advising the MBA/EMBA and Master of Finance students in their academic activities and providing tutorial support.
Research
My research focuses on the governance of financial institutions and the regulation of systemic risk and related issues of environmental sustainability, financial inclusion, market integrity and contract law. I am the author of many research articles and several books, including Principles of Banking Regulation (Cambridge University Press, 2019), Brexit and Financial Services (with Moloney et al, Hart, 2018) Global Governance of Financial Systems (with Dhumale/Eatwell, Oxford Univ Press 2006), and Economic Sanctions: Law and Public Policy (Macmillan 2009). My recent articles have been published in the European Business Organisation Review, European Law Review and Journal of International Economic Law and Law and Contemporary Problems (Duke University Law School, 2020).
Department
I teach the Principles of Financial Regulation module on the University of Cambridge Masters of Finance programme. I also teach the module ‘Understanding the Regulatory Environment’ at the Barclays Compliance Academy at the Cambridge Judge Business School and have lectured on bank board duties and ethics for over twenty years on Cambridge executive education programmes. I also hold the Professorial Chair in Law and Finance at the University of Zurich Faculty of Law where I teach International Financial Law, Corporate Law and Principles of Common Law. 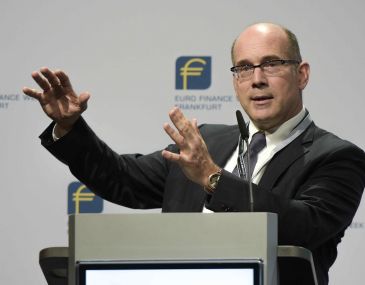