Mohamed A. El-Erian read Economics as an undergraduate scholar at Queens’ (1977-80) and completed his MPhil and DPhil at Oxford University, also in Economics. He is a columnist at Bloomberg News, a Financial Times contributing editor and a trustee of several non-profits. He sits on two corporate boards and has advised governments, industrial and financial companies. He was chair of President Obama’s Global Development Council, a Deputy Director at the International Monetary Fund and President of Harvard Management Company. Throughout his career, Dr El-Erian has been involved with universities and think tanks around the world. He is a Senior Global Fellow of the Lauder Institute and Professor of Practice at The Wharton School (University of Pennsylvania), having served on the boards of the International Center for Research on Women and the Carnegie Endowment for International Peace. He is on the executive committee of the National Bureau for Economic Research and co-chairs Cambridge’s Collegiate University capital campaign Dear World, Yours Cambridge. He is presently Chief Economic Adviser at Allianz and Chair of Gramercy Fund Management, having served as the Chief Executive and was co-Chief Investment Officer of PIMCO. 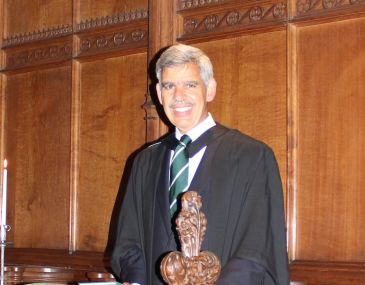