The view from the Bridge: reflections from Lord Eatwell on 23 years as President of Queens'... 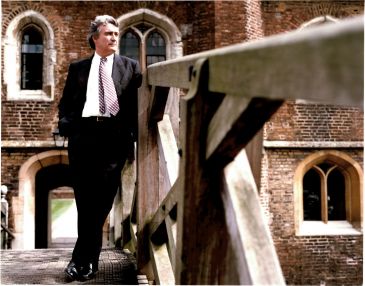 I have lived in Cambridge since I was 19 years old (I’m cheating a little, as three of those years were in Cambridge, Massachusetts). Moving away in the summer, when my tenure as President of Queens’ comes to an end, is therefore something more than a “change of scene”. Suzi and I have bought a house that is a little over six miles outside Bath, in the direction of Wells. For me it’s a return to my West Country roots. I was brought up in north Wiltshire, and spent a lot of time in Bath in my late teens.

Two questions have dominated conversations over the past few months: “What will you miss most?”, and “How has Queens’ changed since you became President in January 1997?”. 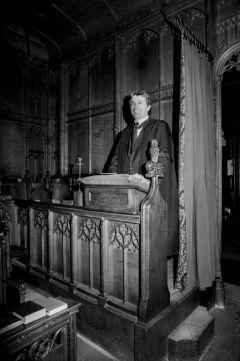 The first question is easy to answer - the people. Of course Queens’ is beautiful (in parts), and living in the President’s Lodge is the privilege, as John Polkinghorne put it, of living in the finest, mid-sized country house in England. He was not exaggerating. But it’s the people of Queens’ that I will miss the most. The staff, students and Fellows are quite simply amazing. The staff exhibit a dedication to Queens’ that significantly surpasses any employment contract. 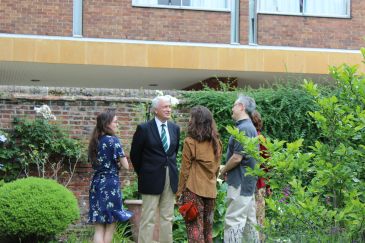 Without their dedication, Queens’ would not run so smoothly and happily. The students, both undergraduates and graduates, form a seemingly never-ending pageant of talent and enterprise, and of the unexpected. The Fellows are incredible. Uniquely talented individuals dedicated to their discipline, unshakeably convinced that pursuit of their research is one of the most important things they could do in life, and yet interested in and concerned for each other. The Fellowship is a Society in the very best meaning of the word. I should not forget the alumni and alumnae. Wherever I have been around the world over the past 23 years, there has been a warm welcome from members of Queens’. But even more important has been their enduring support of the College (financial and non-financial) that expresses their commitment to the future of Queens’. 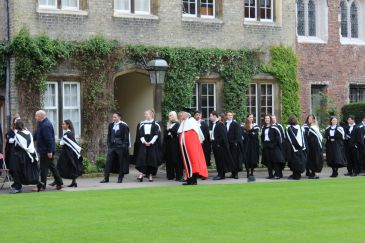 The second question is more difficult to answer. Of course, there are obvious changes. The student body is notably more diverse than it was 23 years ago. 30% of Fellows are now female compared with 10% when I arrived. Not bad, but there’s still some way to go. The graduate community has grown to near parity with the number of undergraduates. 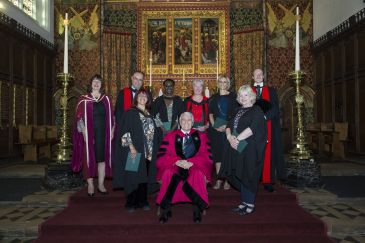 And Suzi would never forgive me if I didn’t mention that the singing of the Chapel choir is now sublime. There have been significant changes to the estate: the fourth floor on Cripps Building (The Stephen Thomas Teaching & Research Centre), the landscaping of the Round (my particular joy), the new Nursery at Owlstone Croft and a host of less obvious but, nonetheless, important improvements (who would ever have imagined that Queens’ would have a majority of rooms boasting ensuite facilities?). 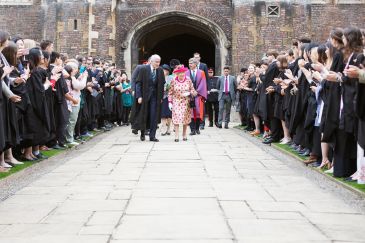 There have been other fundamental changes in College life. For as long as most of us can remember, student welfare was in the hands of the Tutors, full-time academics who spent a considerable amount of time guiding us through the pitfalls of undergraduate life. Today, this essentially amateur approach to welfare issues is simply inadequate. I am not qualified to assess whether the upsurge in demand for counselling and similar welfare services is a result of social change or a result of improved understanding and identification of problems. But an upsurge there has been. Queens’ is the first college to respond by creating a professional welfare team, working alongside the tutors who now focus on academic advice (which is, after all, their particular expertise).

Another major change has been the drive to enhance access to a Cambridge education. The College is fully supportive of efforts to improve access for the committed and talented. Indeed, once again Queens’ is taking the lead. All the Cambridge colleges are allocated particular areas in which to concentrate their outreach activities. Queens’ is the only college that has a full-time schools liaison officer resident in one of our major areas – Bradford. The impact of her presence has been remarkable. The typical number of applications has risen from 50 to 75. And crucially, the acceptance rate has stayed the same. In other words, there has been no fall-off in standards. Just an increase in applications. There has also been an increase (though not so great) in applications to other Cambridge colleges and to Oxford from “our” area. The results of the Queens’ College initiative suggest that this approach to access should be replicated by other colleges in their areas across the country. 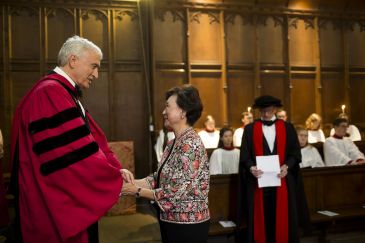 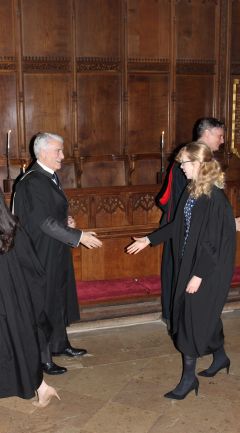 A less positive change in the past 30 years has been a significant increase in the pressures on the Fellowship. The government’s research assessment exercises, that tie departmental funding to research output, have spelt the end of academia as a contemplative life. It has been replaced by “publish or perish”. Many heads of University departments now actively discourage their faculty from taking college fellowships in order that they devote all their time to research. Those who do take up fellowships are subject to persistent pressure to work longer hours and produce more, right now. It is not obvious that this cultural change has been a success. Striving for instant publication is not necessarily the best environment for fundamental creative thinking. Fewer supervisors engaged in research at the cutting edge means that undergraduates are less likely to be exposed to the most innovative thinkers. 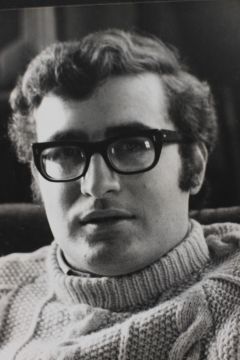 Fortunately, in Queens’ we have a dedicated research-active Fellowship that works exceptionally hard to produce path-breaking research and provide outstanding supervisions. Preserving that first-class supervision system is existential at Queens’. But the pressures are very real and growing, and are a challenge to the future of Cambridge as one of the best universities in the world.

And yet – fundamentally Queens’ hasn’t changed since as an undergraduate I first walked into Old Court 56 years ago. The change in the gender balance (there were no women at all in 1964), the growth of the graduate community, the technological changes that have transformed not just communication but research methods too, the impact of wider societal changes on College life – all these have been absorbed within that friendly, gregarious community that Queens’ was in 1964 and remains today. I don’t quite know how the spirit of Queens’ endures.  It must be something in the bricks.

I am proud of our College. And I am delighted my successor is to be Mohamed El-Erian. I am confident that in his hands, Queens’ future is secure.

This article was first featured in The Bridge magazine in April 2020.