Professor Claude Warnick, MA, MMath, PhD. Anthony L Lyster Fellow in Mathematics.
I read Mathematics at Queens' from 2001-2005, and went on to study for a PhD in the General Relativity group in DAMTP, which I received in 2009. After a Research Fellowship at Queens' (2008-11), I spent time as a postdoctoral researcher at the University of Alberta (2011-13), and have held lecturing positions at the University of Warwick (2013-15) and Imperial College, London (2015-17).
College

I teach undergraduate supervisions in IA and IB across the range of courses offered by the Faculty of Mathematics, primarily focussed on theoretical physics and analysis courses.

I would encourage potential undergraduate applicants to look beyond their A-level syllabus and read around the subject whether it be through books or online resources. Try to get a flavour of more advanced mathematics, even if you don't understand every detail just yet. As well as reading, it's good practice to try and solve problems that you find challenging, including taking an early look at STEP (http://maths.org/step/).

I am interested in partial differential equations (PDE), with particular application to problems arising in general relativity. PDE are equations that describe how a certain quantity varies from place to place. For example, the wave equation describes how the pressure of the air in a room changes as a function of space and time as a sound wave passes through it. The study of such equations is central to many areas of modern mathematics and physics. The class of PDE that I mostly study arise from the study of general relativity. General relativity is Einstein's theory of the gravitational field in which it is postulated that space and time together form a dynamical geometry, which evolves in time according to a PDE whose character is similar to that of the wave equation. In particular, solutions exists describing propagating gravitational waves, a fact that was recently given spectacular experimental corroboration by the results of LIGO in September 2015. 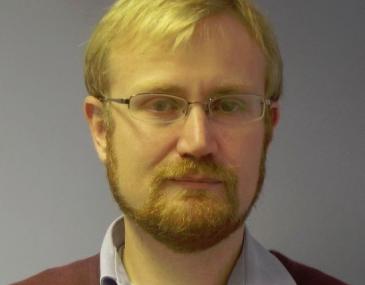