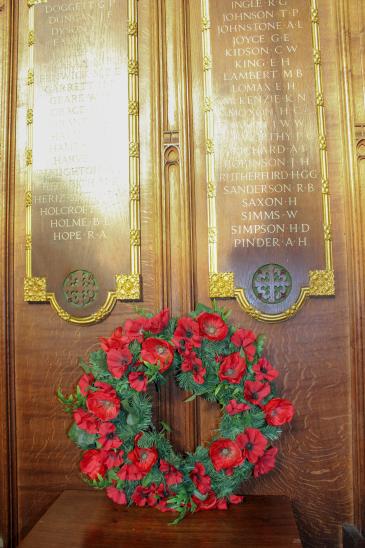 There will be a service of Remembrance held in the College Chapel this Sunday, 10th November, to commemorate the members of Queens' who have died in conflict, particularly those who died in the two great wars, 1914-1918 and 1939-1945.

The service is open to all and we kindly request that members of the congregation take their seats by 10:40am for the service beginning at 10:55am.

This year, the names of three Queens' members have been added to the War Memorial.