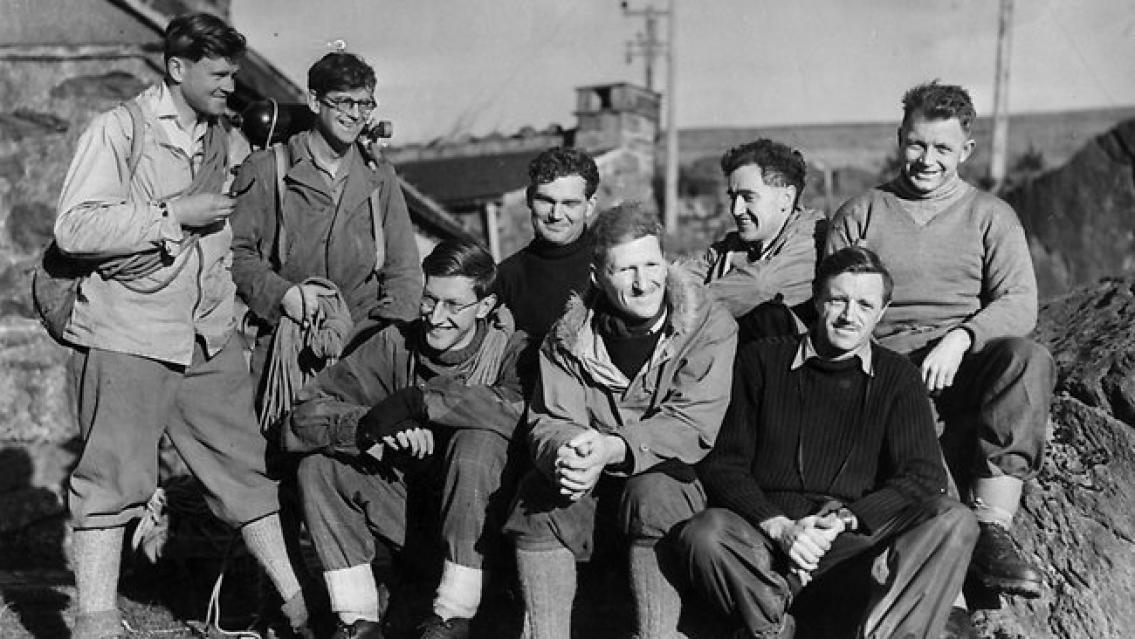 George Band (sitting, first on the left) was born in Taiwan and completed National Service before reading Geology at Queens'. After pursuing further study - completing an engineering degree at Imperial College London - he pursued his yearning for climbing, an early passion he had developed in the Alps while a student at Cambridge.

Two year after his expedition to Mt Everest, Mr Band and his friend Joe Brown became the first climbers to ascend Kangchenjunga (the world's third highest mountain), although out of respect for the religious feelings of the people of Nepal and Sikkim they stopped 3m below the actual summit.