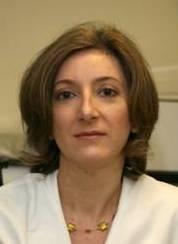 We are delighted that Dr Janet Maguire has been elected as a Fellow of the British Pharmacological Society and recognised as a Highly Cited Researcher for 2019 and Dr Anja Schmidt has been awarded the UCAR Outstanding Publication Award.

Dr Maguire has been a member of the British Pharmacological Society since 1994. Fellows are elected from members who have demonstrated distinction and peer recognition in pharmacology.

The Web of Science Group’s annual list of Highly Cited Researchers identifies scientists and social scientists who have produced multiple papers ranking in the top 1% by citations for their field and year of publication, demonstrating significant research influence among their peers.

Dr Maguire is a Fellow and Lecturer in Pharmacology at Queens’ and the Deputy Dean of College. 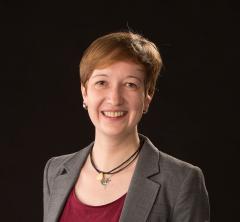 Dr Schmidt is a Bye-Fellow at Queens' and Interdisciplinary Lecturer in Climate Modelling, jointly affiliated with the Departments of Geography and Chemistry.

Dr Schmidt was second author on the paper for which she has been awarded the UCAR award, which quantified the cooling effects and ozone losses due to volcanic aerosols, the largest natural contributor to climate change. This paper was the first to quantify the contribution of small-magnitude eruptions to stratospheric aerosol concentrations and to answer the question of why stratospheric optical depth was elevated for a decade. One supporter called this “one of the key papers of the last decade” in the field of stratospheric and volcanic aerosols. More information can be found on the UCAR website.