The Queens’ Global Alumni Network has been back in action these last few weeks, with events hosted in Johannesburg, Auckland and Buenos Aires. 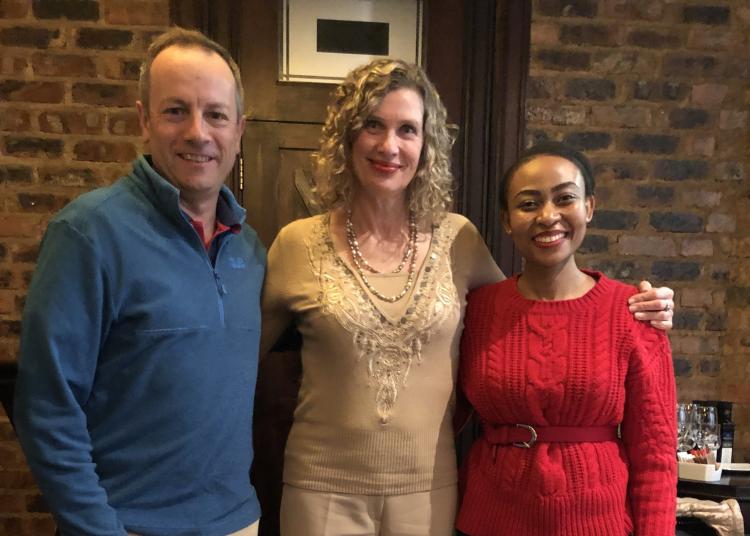 In Johannesburg, Development Director and Fellow Rowan Kitt was joined by  Clare Hartford (1983) and Dineo Lioma (MPhil, 2015). Clare and Dineo were both featured in The Bridge magazine last year for their pioneering work: Clare is an advocate who opposed the apartheid government, whilst Dineo co-founded a medical diagnostics company whose first product is an HIV self-testing device. Their features can be read here.

Recent graduate Hope Whitehead (2016) co-hosted the second event with Rowan Kitt in her home town of Auckland, New Zealand. The event was held at the Auckland University of Technology, courtesy of John Maasland (1960) who is the Chancellor there. Rowan also met alumni in Wellington. 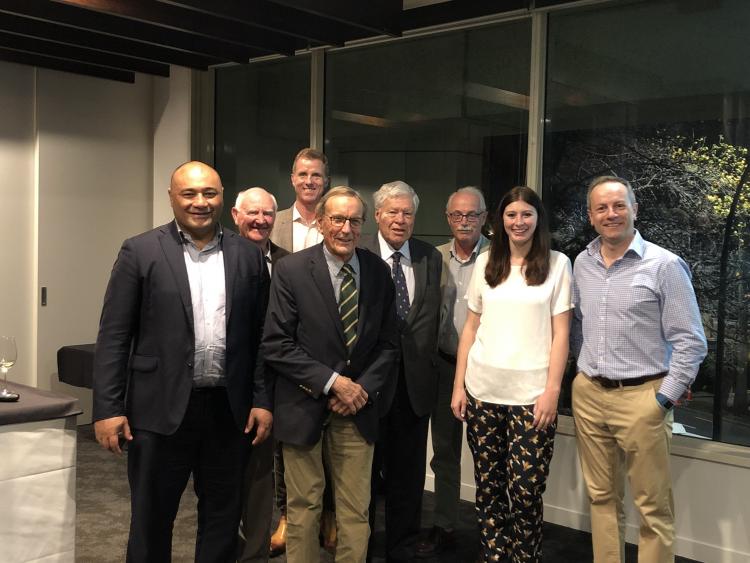 Rowan, right and Hope, second from right, with some of the attendees of the Auckland event. 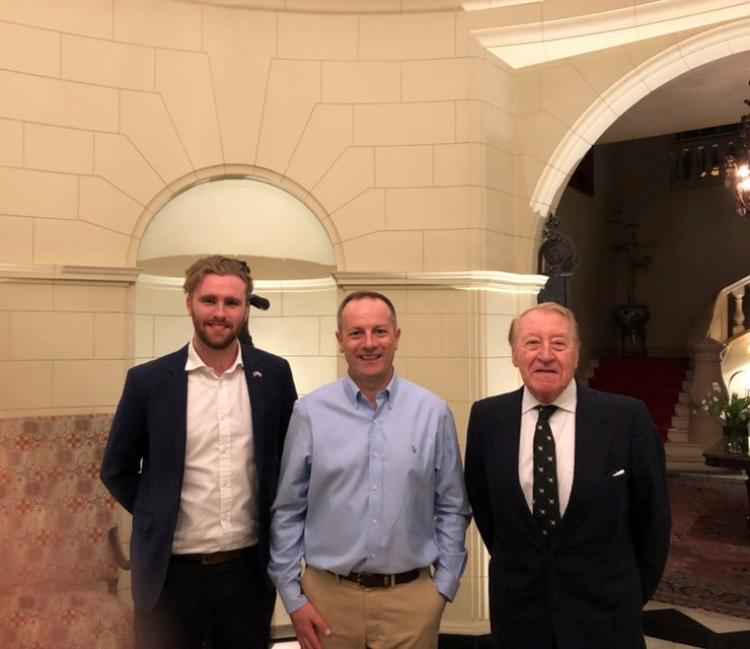 Sam, left, Rowan, centre and Thomas at the British Embassy in Buenos Aires.

More information about the Queens’ Global Network and its events can be found on the College website.