Ssegawa-Ssekintu Kiwanuka (PhD, 2009) is a classic Cambridge polymath. Juggling a PhD in chemical engineering, fronting Clean Bandit and captaining the University Boxing team would be enough for most people! “There was one weekend when I went to Hay-on-Wye to do a gig with Clean Bandit on Friday, came back to Cambridge on Saturday morning to do boxing sparring and then went to Peckham to do another gig that afternoon. If I had got knocked out at sparring, I couldn’t have done the gig!”.

Deciding that he needed to focus on academic study, Ssega stepped down from the band and gave himself to lab work and research, first-authoring two academic papers and managing to complete his PhD on time.

After his PhD, Ssega's former bandmates wanted to release the songs he had written for them years earlier. “I didn’t know you could get a songwriting contract; I didn’t know there was such a thing as music publishing!” he laughs. This proved his re-entry into the musical profession and he has since built up an impressive reputation as a solo artist, under the stage name Love Ssega. In the last year he has performed across the world in Malawi, Seoul, Paris, Amsterdam and, most recently, China as part of a residency programme with PRS Foundation and the British Council. 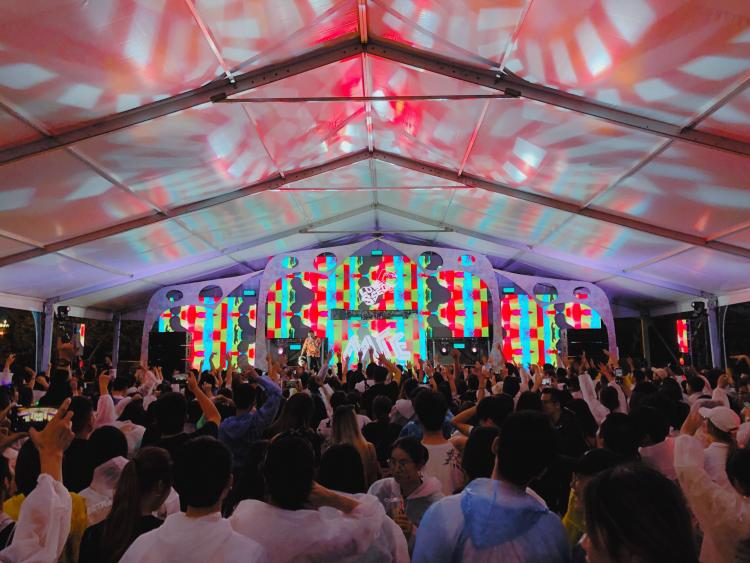 The programme allowed him to spend a month travelling, performing and learning. “It wasn’t what I expected at all”, Ssega confirms.

“Before I went I was quite naïve and I didn’t know very much about China at all,” he admits. One thing he was not expecting was the sheer size of stages at festivals: at Strawberry Music Festival in Chengdu, Ssega was performing on their smallest stage, which nevertheless had 20-foot screens projecting him out to more than a thousand people (photo, right: Love Ssega performing at Strawberry Music Festival Chengdu, headlining Modern Sky Electronic Stage, 27 April 2019, credit Charles Cui)

With the advance of technology meaning that anyone can listen online to traditional music from across the world and even download the sounds of traditional instruments for use in their own electronic music, “it is no longer enough to just take the traditional instruments and use them in my music”, Ssega explains. “So one thing I wanted to get from the residency was the see the pace of life, to see how the people move, how they talk, what their mannerisms are”. Ssega took short recordings throughout his trip, to use as inspiration upon his return. “But I didn’t put pressure on myself to write anything whilst I was there.”

His experiences over the past year or so have encouraged Ssega to think big. “I’m plotting more of an international performing career: nowadays, with online streaming, my music can get me known in so many different places.”

Ssega’s time in China will also impact on his future plans. “I am going back to China in September,” he reveals. “I have something very exciting planned for a major festival in Shanghai, which I can’t announce just yet, but it is something grander in scale - mixing audio with visual and perhaps along the lines of an opera commission. I don't think many British Artists are doing this, but from writing 'Mozart’s House' [one of Clean Bandit's first hits] back in Cambridge all those years ago, I’ve never planned on doing anything just ‘normal’. I’m grateful to British Council and PRS Foundation for supporting my career to this point and hopefully I can come back to Queens’ soon to share more artistic tales from China with current undergrads and grads alike. Hopefully with success in Shanghai to report back on...” 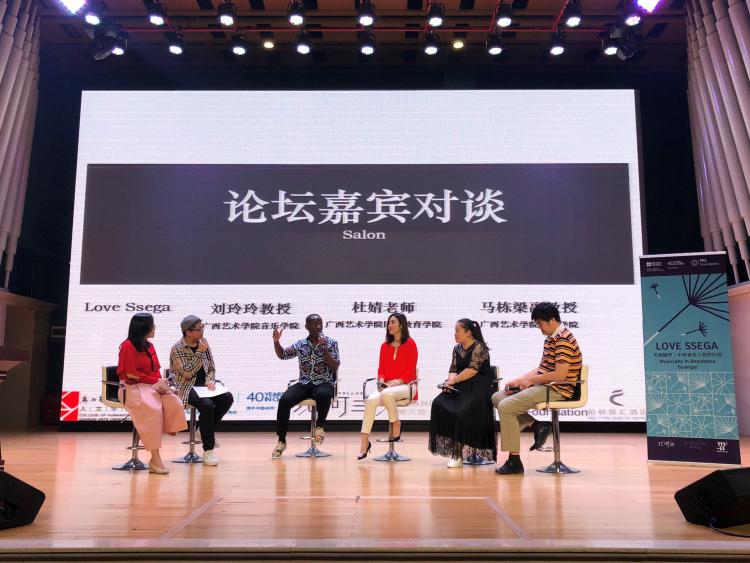 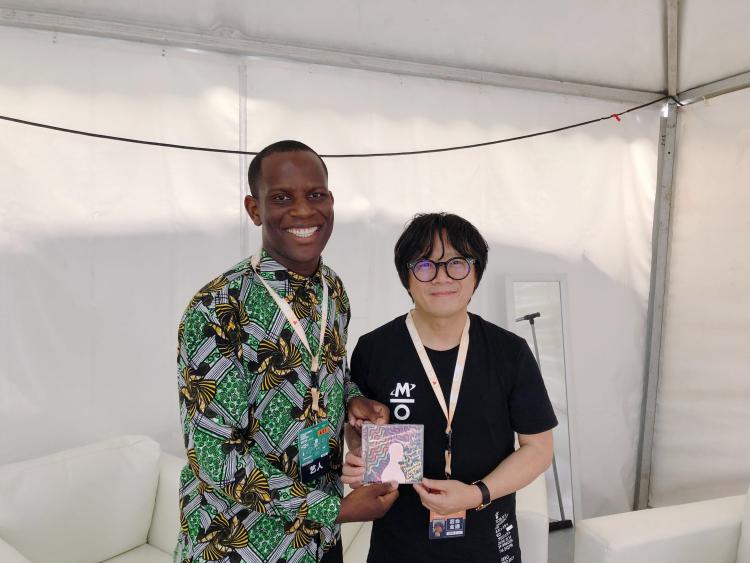