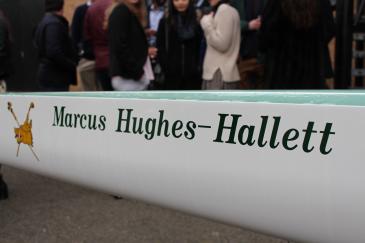 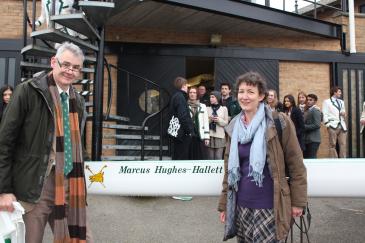 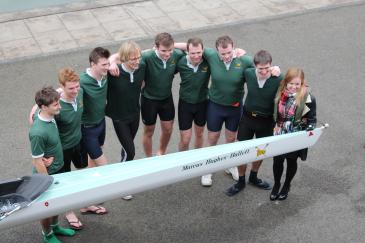 The Boat Club launched a new Eight on Saturday February 7, named in memory of Marcus Hughes-Hallett (2011), who rowed at Queens' and sadly died in 2012. His parents christened the boat and watched as it was taken on its first outing by the Men's 1st VIII crew, coxed by Boat Club President Emily Baxter.

Marcus's family have donated the Marcus Ivan Hughes-Hallett Travel Award to Queens' College. (This is for any undergraduate of Queens' wishing to travel abroad, whether this is to further their academic studies or undertake voluntary work or other study. Preference will be given to applications from first year students not studying a language, who want to gain some language exposure.) For more information, please contact the Tutorial Office.