In college I supervise Part I students taking Paper 18: European history since 1890, and Paper 24: the history of the United States from 1865. I also teach a number of the Historical Argument and Practice papers, including race, gender, and international history.

I am a historian of the United States in the world with an interest in race, gender, nation, and empire. My PhD research focused on American soldiers and the politics of rape in World War II Europe and drew on archival research in the United States, Britain, France, and Germany. The dissertation not only documented sexual violence itself, but also explored the ways that stories of individuals and their experiences of rape came to interact with the high-level politics of four nations seeking to reaffirm their identities in the context of a gruelling war and uncertain post-war. This research will form the basis of my first book, and I am also working on a second project, a labour history of U.S. empire, which will focus on America’s civilian workers overseas from 1945 to 2001.

I am happy to supervise Part II students writing dissertations on most aspects of twentieth century U.S. history, especially those with an interest in the history of the United States in the world, cultural and social history, and the U.S. military. My current dissertation student is working on a study of black and Jewish diasporas in post-war New York.

From time to time I write for public audiences, most recently the Washington Post (https://www.washingtonpost.com/outlook/2019/06/06/when-commemorating-d-d... ), and am currently co-editor of U.S. Studies Online, the postgraduate journal of the British Association for American Studies. 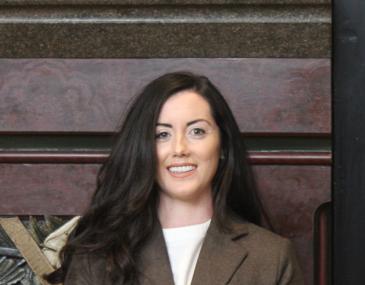