College
It is my great pleasure to teach undergraduates in Queens’ and other colleges for Part I Paper 3 (English Literature and its Contexts, 1300-1550), Practical Criticism, Part II optional medieval papers (Chaucer/Medieval Supernatural) and dissertations.
Research
I’m particularly interested in medieval and early modern historical writing, particularly the ways that historiographers positioned themselves as authors, borrowing and analysing the forms of literary/chivalric/fictional writing, and thought about the ethical and political implications of the craft of ‘writing history’. My first book (The Hundred Years War in Literature, 1337-1600, Cambridge: Brewer, 2016) followed the snowballing legend of that conflict from its contemporary narrators to its sixteenth-century afterlife, and representation on the Tudor stage. That led me to the discovery of the remarkable and little-known eyewitness poem, John Page’s The Siege of Rouen, which I edited for Middle English Texts (Heidelberg: Winter, 2015). It is a complex and ambitious text, which ponders the often-conflicting demands of patriotism, compassion, writing for the king, and writing war poetry. Working on this text led to my next project, a book about eyewitness writing itself as a sub-genre of historiography, and the particular ways eyewitness authors configured (or announced, or disguised, or occluded) their authorship. With Laura Slater (Oxford), I co-edited Representing War and Violence, 1250-1600 (Cambridge: Brewer, 2016), which brings together the perspectives of historians, literary critics and art historians. Currently I’m part of a team working on a new complete edition of Chaucer, and in the very long term I daydream about a collaborative, digital edition of the Middle English prose Brut chronicle. For more details of past and current projects, see http://www.joannabellis.com/.
Department
In the English Faculty, I contribute to teaching for Part I Paper 2 (English Literature and its Contexts, 1066-1350). 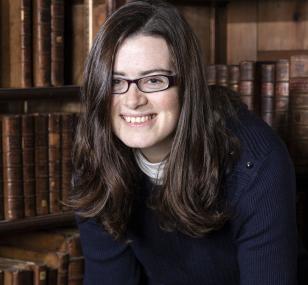