I provide weekly supervisions for all first year students on the history and theory of architecture and supervise third year dissertations in architectural history.

I am Keeper of Pictures for Queens’ College which involves looking after the restoration and conservation of the College’s picture. As an architect I also help look after the buildings, sitting on building committees when they arise.

Architecture applicants are asked to bring a portfolio with them to interview. Try to bring work in a range of media and plenty of drawings done from life rather than photographs. You should read around the subject before interview. Be clear why you want to study your subject at University. Be prepared to talk about your favourite architects and buildings. We do not expect you to know everything about your architecture before you arrive but we are looking for dedication and enthusiasm as you will need both to study at University level.

My own research focuses on three areas: the development of building construction; seventeenth century architecture (particularly Wren and Hawksmoor); and the design of libraries throughout the ages. I am Principal Investigator on a project on the world-wide historical development of water infrastructure and fountains, funded by the Seear fund at Queens'.

My interest in the seventeenth-century started with my doctoral thesis which looked at Wren and the development of seventeenth-century carpentry. This resulted in a number of articles on carpentry and post-doctoral work looking at seventeenth-century brickwork. This in turn led to my first book, Brick: a World History (2003), an overview of the research that has been carried out on brick in building construction through the ages, produced in collaboration with architectural photographer Will Pryce. When it was released it was featured as Guardian ‘book of the week’ and has become the established work on the subject. It is currently available in nine languages. I have written and lectured widely on the history of brickwork.

My third book, The Library: a World History (2013) is the first book to tell the story of library buildings through the ages from the beginning of writing to the present day. Richly illustrated again with pictures by Will Pryce, it was chosen by reviewers in both the Evening Standard and Spectator as one of their books of the year.

I am Head of Department of Architecture at the University of Cambridge. I am lecturer and series co-ordinator for Principles of Building Construction (Part IB) and Management Practice and Law (Part II). I also lecture first year students in parts of History and Theory.

Outside of the University I am chair of the Construction History Society, a charity devoted to the promotion and study of the history of construction. I am also a regular contributor to radio and television, having appeared on a number of programmes including Divine Designs (Channel 5), Modern Marvels (the History Channel), Making History (Radio 4), Ancient Megastructures (National Geographic Channel), the Today Programme (Radio 4), Robert Elms show (Radio London), The One Show (BBC 1) and Excess Baggage (Radio 4). 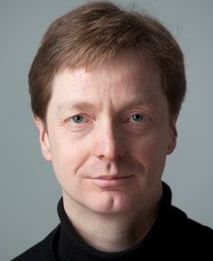