As Director of Studies I am responsible for arranging the teaching for undergraduates in History, History and Politics and History and Modern Languages. I supervise in eighteenth-, nineteenth- and twentieth-century British History, as well as taking classes on Historical Argument and Practice and supervising a range of dissertations and long essays. I am passionate about equipping students with the study skills that will enable them to thrive at university level, and seek to encourage them to be active learners who reflect on how they work, both individually and with one another. Colleges are exciting communities in which to live and learn, and I am committed to fostering all aspects of this.

Potential applicants for History or History joint degrees should read as widely as possible. Nothing is off-limits! Follow your interests, from local or family history to biographies to particular themes that fascinate you to things from your studies that prompted you to find out more. For ideas, you could try BBC R4 In Our Time: https://www.bbc.co.uk/programmes/b006qykl . You can also seek out resources online: https://www.londonlives.org/ or https://www.ucl.ac.uk/lbs/ are two favourites of mine because they relate to my research, but there is plenty more out there. For useful information on the Cambridge course, see https://www.hist.cam.ac.uk/undergraduate-study

My research focuses on how religion made modern Britain. One strand is about politics: Converting Britannia: Evangelicals and British Public Life, 1770-1840 (2019) explored how religious people exploited the loosening relationship between Church and State to project their ideas into new spheres, such as the armed forces and colonial officialdom. A second strand concerns the adaptation of religious languages: my edited collection Making and Remaking Saints in Nineteenth-Century Britain (2016) shows how not just Catholics or Protestants but freethinkers, atheists and scientists too preserved ‘relics’ and went on ‘pilgrimages’. The third strand focuses on the media through which religion was mediated: I have published widely on historical culture, heroes, stained glass and printed Bibles, among other things. Current projects include a collaborative religious biography of William Wilberforce and a study of religion and maritime Britain, Gods of the Sea.

In the Faculty of History I lecture, take classes and supervise postgraduate students. My series on ‘God and the British, 1688-1900’ bestrides two papers, 5 (British Political and Constitutional History 1688-1886) and 10 (British Economic and Social History 1700-1880), and from 2022 I will be co-convenor for options on the City of London and on Anglo-French conflict and co-existence in the long eighteenth century. 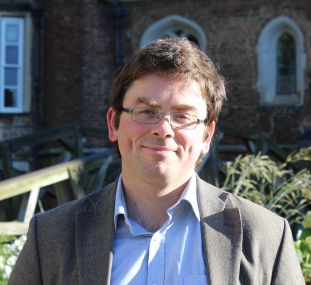