Human adaptation to catastrophic environmental change has become one of the most relevant topics in the news today. Regardless of what many believe, climate change is not necessarily a recent phenomenon. Moreover, there is increasing evidence that it played an essential role in social evolution throughout at least the last 5000 years of human history. Considering the relevance of this issue in modern times, our knowledge of the complicated relationship between society and the natural environment remains sparse and incomplete. For my PhD and Post-Doctoral position at the University of Cambridge, I have been doing research bridging archaeology and environmental science. With the generous support of the Gates Cambridge Trust, the Board of Graduate Studies, and Queens' College, several expeditions were set up to gather data on the impact of early deforestation, the development of intensive agriculture, and urbanization in the prehistoric world. I have been particularly interested in the natural and cultural history of wetlands like the tropical savannas at the edge of Amazonia, and, in collaboration with the Cambridge Archaeological Unit, the coastal plains of the Fenland in eastern England. In collaboration with other prestigious research institutions, our current scientific work is attempting to provide a more nuanced perspective on the effect of climate change in economic development and social and political conflict. 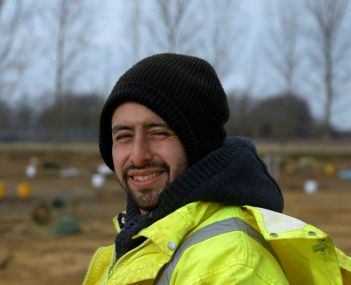